When I journeyed to Louisville, Kentucky last month, I visited a number of nearby radio stations, including Georgetown College’s radio station WRVG-LP. On the same road trip during which we toured WRFL in Lexington, my friend Sharon Scott (she’s the GM of radio station Art x FM) and I took a slight detour in order to see the Georgetown station before heading back to Louisville. 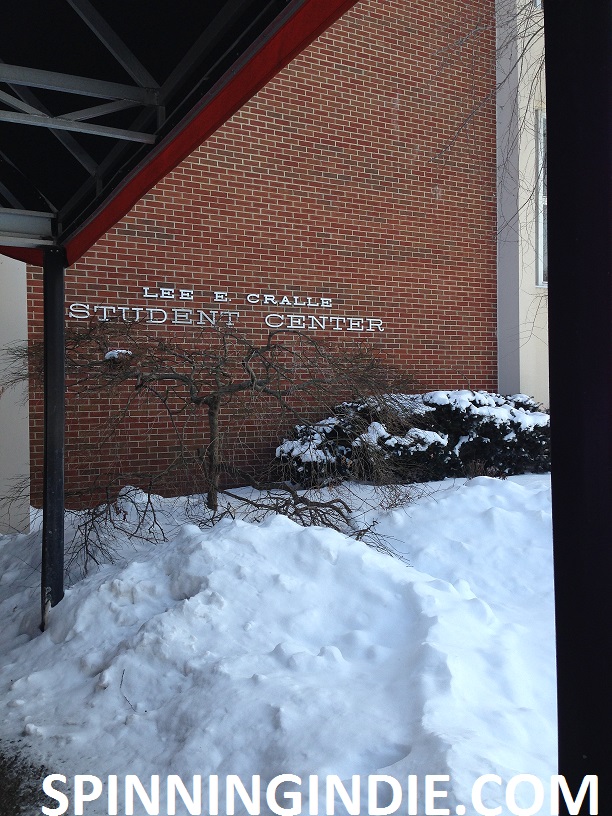 After arriving at the snow-covered campus, we parked and made our way into the Student Center. Tucked into a corner, overlooking the Student Center’s common area, WRVG inhabits a tiny studio space. Surrounded by windows on three sides, WRVG offers views of both the campus and of students milling about and eating in the Student Center. 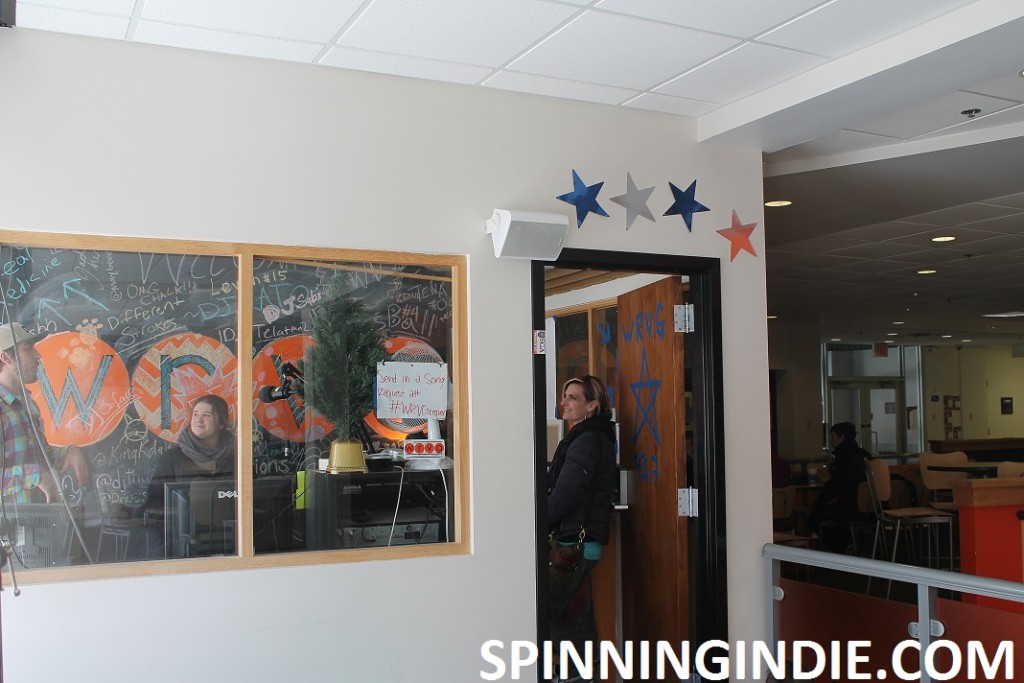 A low power FM (LPFM) station, WRVG broadcasts over 93.7 FM to the campus and nearby community. The station’s humble digs belie the storied history of radio at Georgetown College. According to the station’s website, the first radio station began on campus in the 1950s (AM station WGTC) and was followed by licensed FM station WRVG (the call letters were chosen as a nod to “Radio Voice of Georgetown”) in 1963. By 1997, WRVG’s power was increased dramatically to 50,000 watts. The WRVG website states,

The powerful new station, 89.9 WRVG-FM, had one of the clearest signals in the southern part of the United States because there were no other stations in the region sharing that frequency. And since the station would be on the air continuously, a fulltime staff was needed who would be able to support the programming schedule when students would be away for summer break and over holidays. A professional staff of twenty was hired…

Sadly, in 2003, the school opted to sell the WRVG license for $1.7 million (according to the asset purchase agreement) to religious broadcasting network Educational Media Foundation (EMF). The sale was consummated in early 2004 and 89.9 FM (now called WKVO-FM) is today used by EMF’s contemporary Christian network KLOVE. However, around this same time, Georgetown College applied for a low power FM license for a student-run campus radio station and the new low power WRVG launched in 2005. 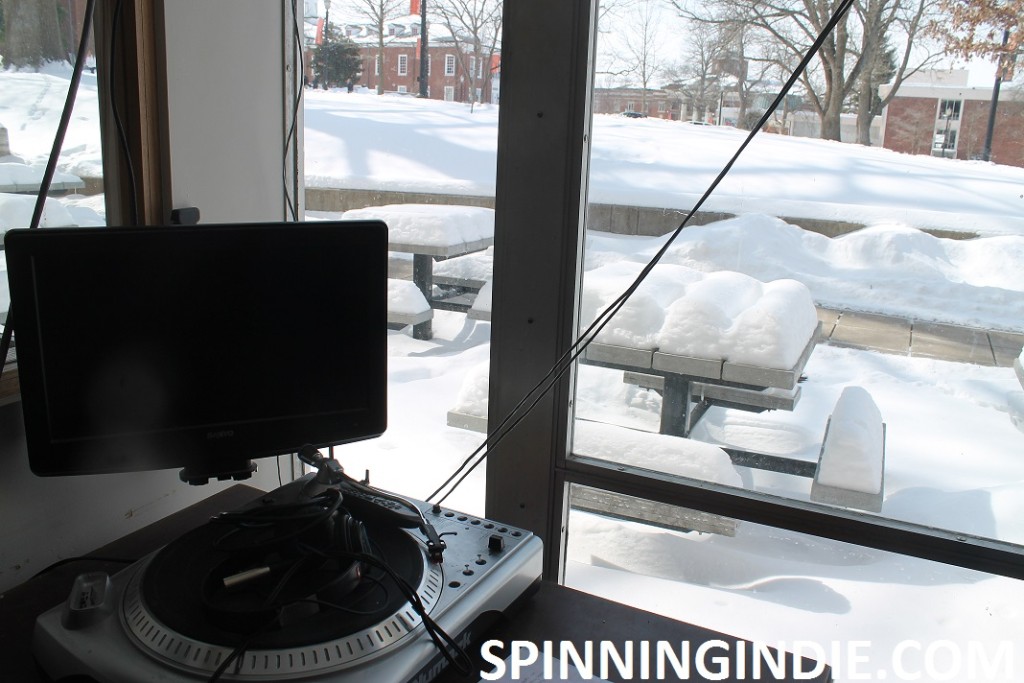 Today, Georgetown College’s low power WRVG is a student-run station. On the day of my visit (February 19, 2015), I met up with students Jeff Brach and Kelsey West. Both are quite enthusiastic about the station. West has been on the air since September and told me, “Our station is awesome!” and she described it as a “little sanctuary.” Brach, who hails from California, told me it’s a “blessing” to have the station, particularly at such a small school (there are around 1000 students at Georgetown). He told me that prospective students walk by the station during their tours and the station is in a high visibility area.

WRVG has only had a terrestrial presence this school year and haven’t been streaming online following a budget cut. Brach said that the FM signal covers about a 9 mile radius, which meant that his mom was able to tune in while driving to the airport after a visit. Brach said that they’ve been trying to get the stream back up and running and he’s hopeful as he’d like family members to be able to listen online. 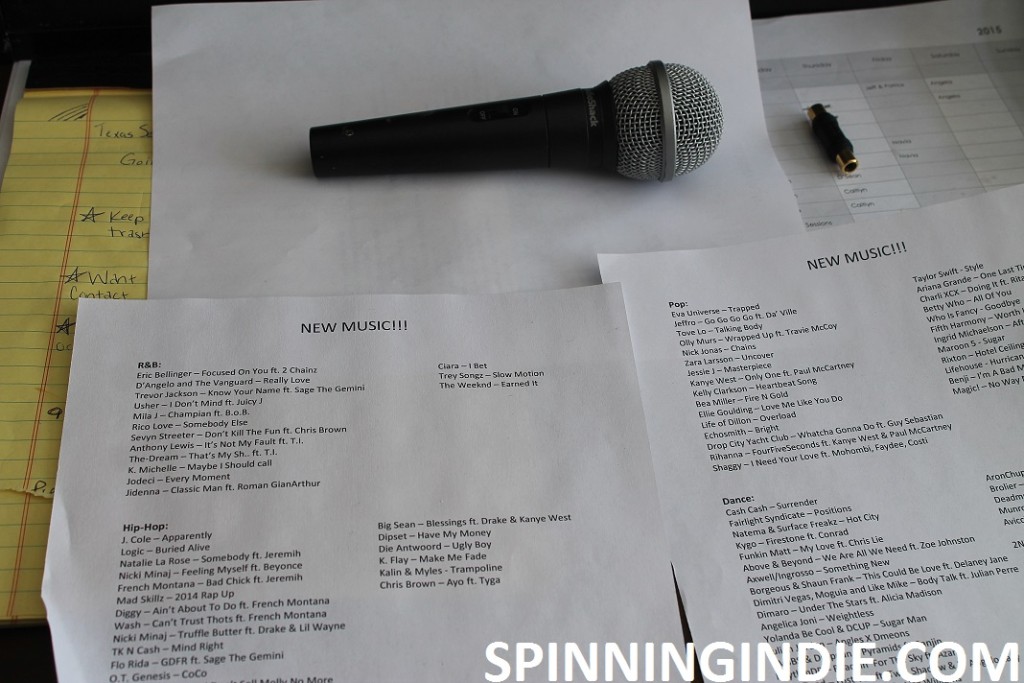 In addition to its FM signal, WRVG also gets piped in to a few places in the Student Center, including the main area adjacent to the station (where we heard it blasting out of speakers outside the studio), one of its restaurants (the Grill) and an upstairs area. Although the station isn’t online, DJs still get requests via social media websites like Twitter. 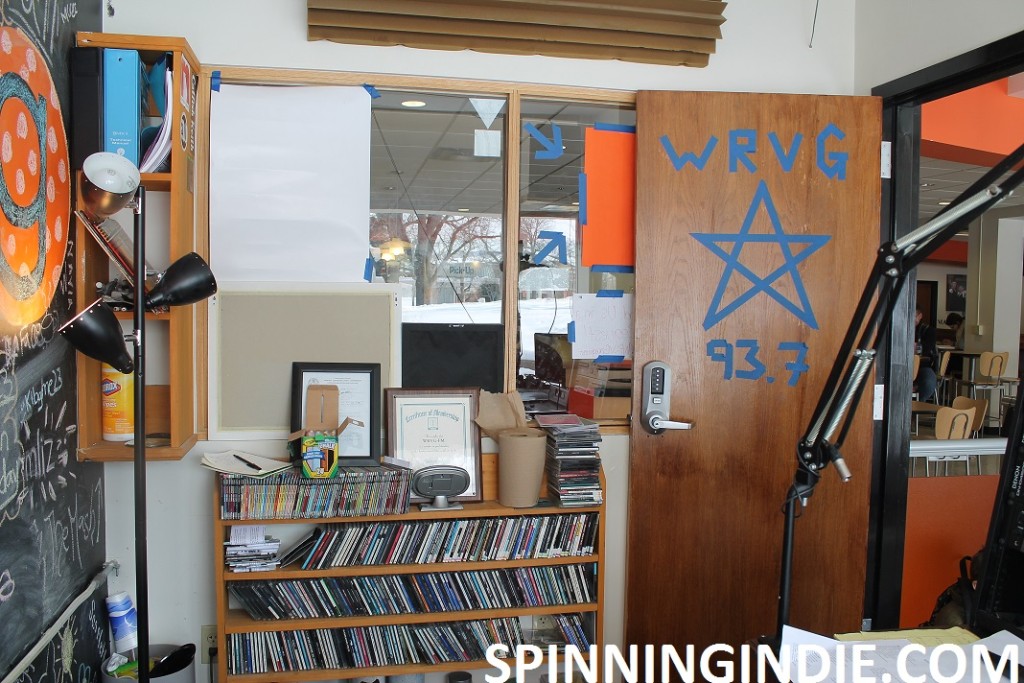 The station is outfitted with a mixing board, two microphones, two CD players, a turntable, and a computer. Brach said that most DJs use a program called “Radio DJ” to select songs or to play a random mix of music. He told me that around 100 songs a week are added to the Radio DJ system. Brach guessed that most DJs played music from Radio DJ and other online sources, although he said that CDs and vinyl records do get played as well. 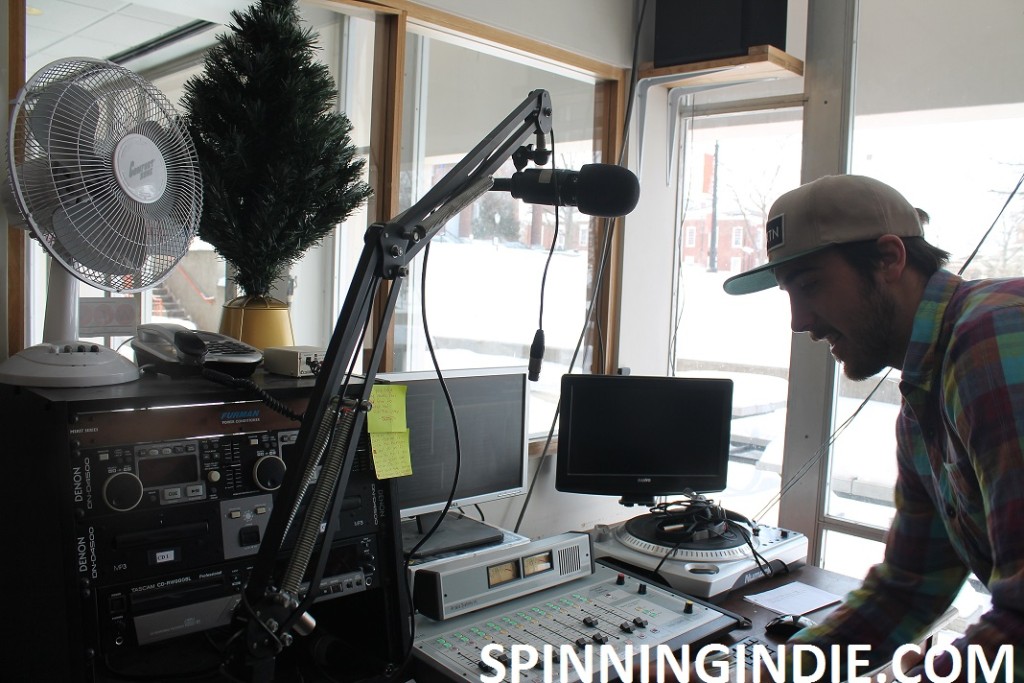 Since Georgetown is such a small school, “everybody knows everybody,” according to Brach. West explained that part of the allure of WRVG is “hearing other students” on the air and also “knowing that your friends are listening.” With a built-in audience in the Student Center, the shows during high trafficked meal times are often the most coveted since people hanging out in the Student Center can hear the station. Luckily for the DJs, the Student Center is open 24 hours a day, 7 days a week, so there’s a potential nearby audience at all times. 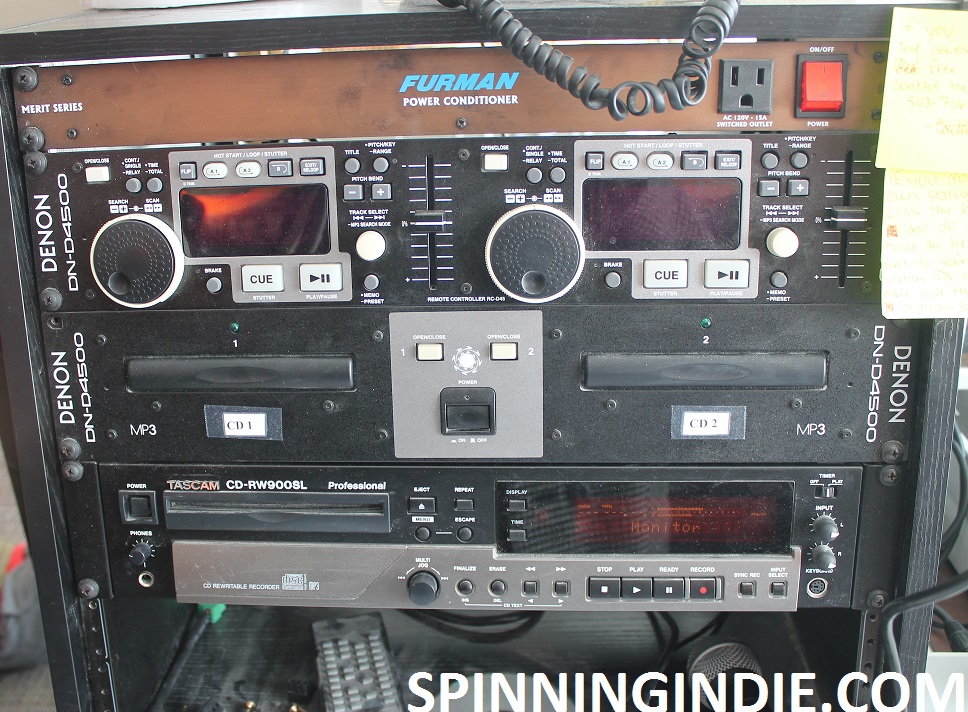 Thanks to Jeff Brach and Kelsey West for showing me around WRVG. This marks my 80th station visit, leaving me with two more Kentucky field trips left to chronicle. See my most recent field trips on Radio Survivor and see all of my station field trips on Spinning Indie.

Round two for campaign to limit Ham radio blocking rules
Students at College Radio Station WRAS File Appeal with USG Board of Regents Over GPB Deal and Use of Student Fees
Support Radio Survivor on Patreon!