By Matthew Lasar on April 14, 2014 in Classical Radio, InternetDJ

Say you’ve got a classical music radio show on some college or public radio station. Like a lot of classical radio deejays, you may be the sole representative of this genre on your signal. Everybody else does a pop genre, or jazz or folk or something along those lines. Under these circumstances, it makes sense for you to set up a website for yourself where you can share news, playlists, and other goodies with your listeners. 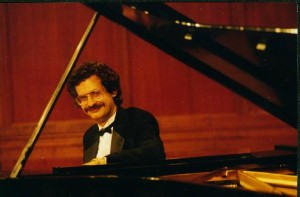 Classical pianist Marvin Rosen over at WPRB-FM, housed at Princeton University in New Jersey, is lucky. He’s part of a consistent lineup of classical deejays who regale the Princeton area most mornings. But he’s still got a nice website that’s worth noticing. It’s called Classical Music Discoveries, and it furthers Rosen’s mission, which is to focus on the two areas of the repertory most neglected—the pre-Baroque era, and the modern period.

At Rosen’s Discoveries page, you can listen to his WPRB programs, access archives of various compositions, read his blog, and mosey over to his Facebook page. I think that if you are doing classical radio, it makes a lot of sense to invest in some kind of online venue where your listeners can get more from your program, especially given the relative scarcity of classical radio fare. 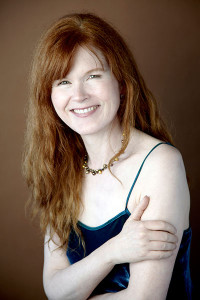 Rosen is not the only pianist/radio deejay with a cool website. In the San Francisco Bay Area there’s the very accomplished Sarah Cahill, who broadcasts over KALW-FM. Cahill’s Revolutions Per Minute show is heard on Sunday evenings from eight until ten PM. KALW also airs Music from Other Minds and Jim Sveda’s The Record Shelf. Of course just about every classical music deejay has an official page on their respective radio station, but a tip of the hat here to the ones who go the extra mile and set up their own online presence.

In the coming months I plan to set up a directory at Radio Survivor of classical music shows and radio stations, with an eye towards creating some kind of database driven aggregation of this content for classical music lovers. This will include developers who run classical Spotify playlist sites and such. That’s a big project. In the meantime, help me out by telling me what you are doing to promote your classical music show.

Congratulations, by the way, to The Radio Arts Foundation, which celebrates the one year anniversary of bringing classical music back to St. Louis following the demise of KFUO-FM in July of 2010. The St. Louis Post-Dispatch notes that RAF’s fare is far more varied and interesting than the old KFUO (I’m listening to the HD stream I write this entry and I agree). On the other hand, the site doesn’t seem to have a program directory and the FM signal is much weaker. But Rome wasn’t built in a day—or a year. What matters is that the music is there, served up with love by real people.

We cover social music sharing communities every Monday in our Internet DJ feature.