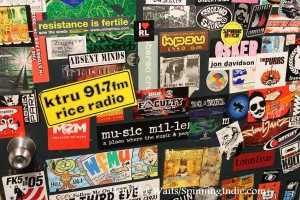 This week’s College Radio Survivor includes some LPFM updates, word about a rumored station sale, details on some special Christmas programming at a few stations, and information about a college station that may lose space during campus construction.

As far as LPFM, a few of the recent applications from college and universities were dismissed by the FCC this week. Among the dismissed applications were Wheaton College, Colorado Mountain College, AIMS Community College, University of Washington Bothell, and Glenville State College. Additionally, in this week’s LPFM Watch, Paul sheds some light on LPFM applicants in the Chicago area, including Morton College in Cicero. Another applicant, Chicago Independent Radio Project (CHIRP), also has a college radio connection, as it came about following some changes at college radio station WLUW.

There’s some good news for the Board of Regents of the Nevada System of Higher Education, which was awarded a construction permit in 2007 for a new non-commercial FM radio license for Truckee Meadows Community College in Reno. One of the applicants that it was in competition with, the Thomas Aquinas School, filed a petition to deny and has been protesting since that time. The application has been marked as being under “administrative review,” leaving station KJIV off the air. In its letter dated December 2, 2013, Thomas Aquinas School dropped its appeals, perhaps clearing the way for KJIV to get on the air.

In other college radio news, it appears that Camden County College in Blackwood, New Jersey (near Philadelphia) is planning to sell the 91.5 FM license for its 100 watt college radio station WDBK. An announcement on an auction website states that minimum bids are $290,000 and the sale is “subject to both Camden County College Board of Trustees Approval and the Federal Communications Commission (FCC).” A message to the station manager was not returned, although a university employee told me that WDBK would continue as an online radio station.

At Wellesley College, members of radio station WZLY 91.5 FM are expressing concerns about upcoming changes on campus that could negatively impact the long-time radio station. In a letter (PDF) to the Wellesley College Board of Trustees, WZLY states its displeasure at future campus plans which call for the removal of 50-60% of the station’s space and the destruction of the building above the studio. The letter argues that the current plans, “…will be damaging to WZLY’s historical and cultural value on campus and will be highly detrimental to future radio operations.” Additionally, it points out that WZLY is the largest campus organization, with more than 100 members. Currently WZLY is broadcasting out of a temporary studio while renovations begin in the building where it was formerly housed. The station had hoped to return to its old studios in 2014.

No doubt many college radio stations have special programming planned for the holidays. My own home station KFJC will be doing its semi-annual Christless Eve, featuring 25 hours of “black metal, death, doom, crust and grindcore” music. Seton Hall’s college radio station WSOU 89.5 FM in South Orange, New Jersey will also air its normal metal fare, playing Christmas carols covered by metal bands from 1am to 6am and a mix of hard rock music during “A Merry Metal Christmas” from 12:30pm to 8pm on Christmas day. WSOU will feature sacred and religious programming earlier in the day on both Christmas Eve and Christmas, broadcasting religious services, sacred music, Christmas carols, a Christmas Eve call-in show, and Catholic Christmas music. It’s certainly an interesting mix for the Catholic university station!

In a few final notes, Eastern New Mexico University’s new online radio station Hound Waves is on an upswing, with around 55 DJs, several of which were profiled in a feature story this week. The school has also produced several radio dramas. WKNC has announced the headliners for its Double Barrel benefit shows in February, featuring The Love Language and Mount Moriah. And, finally, earlier this week Paul wrote about Radio Free America’s crowd funding campaign focused on creating a streaming service for college radio.