By Jennifer Waits on January 9, 2012 in College Radio, FCC 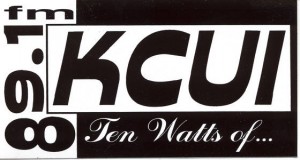 Just before winter break, college radio station KCUI officially ended its life as an FM station when its license holder, Central College, turned its class D FM license back in to the FCC. Although it was a tiny station at just 10 watts out of Pella, Iowa, it had been a fixture at the private liberal arts college since at least 1976 (when it was licensed for 10 watts at 89.1 FM).

According to FCC records, KCUI is now listed as a deleted station, with its “license cancelled and call sign deleted” by request of the license holder on December 6, 2011. The license was not set to expire until February 2013. It’s unclear what the current state of the station is on campus. KCUI’s website isn’t up-to-date, as the most recent schedule posted on the site is from 2005.

Ironically, in June 2005 KCUI had its license cancelled and call sign deleted (for the first time) by the FCC due to the fact that Central College had neglected to file a license renewal in October 2004. Central College filed a Petition for Reconsideration in 2006 and that petition was granted in January 2007. The call sign was then restored in 2007, following Central College’s belated license renewal. At the time they were also issued a Notice of Apparent Liability for Forfeiture in the amount of $7,000 for “failing to timely file a license renewal application for the Station” and for “engaging in unauthorized operation of the Station after its authorization had expired.”

Station alumni reported in April 2011 that there were rumors that Central College would be taking KCUI off the terrestrial airwaves due to the expense of running the station. Former KCUI Advisor Bonnie Dahlke said, “The station itself had few listeners and the broadcast area was less than 1 mile surrounding campus.  It was not a large operation.  It was no surprise that a decision was made to scrap it and focus on other areas.” Dahlke told me that when she was the advisor for the station between 2004 and 2006, there were only a handful of DJs. According to Dahlke, it was a challenge for students to maintain the station over the years. She said,

“At the time there were 3 senior students managing the station and maybe 5 DJs or so.  When those seniors graduated, there really wasn’t much interest amongst remaining students in leading the charge so I cobbled together a student contact or two to try to keep things going. It’s definitely not an advisor’s job at a college/university to keep a student-run initiative going and I had no expertise in media.

In 2006, the communication studies department took it back…They had several adjunct faculty advise it over the years who I have no doubt had interest and expertise but didn’t have enough time to spend chasing after student managers reminding them all the things they should be doing to keep the station going.

Meanwhile, the communication studies department was moving in a different strategic direction overall–more focused on rhetoric and theory-based curriculum than media.  When faced with budget and staffing cuts, schools of all sorts have had to make decisions regarding what they will and will not focus on.  For Central, media was left behind as there are many other colleges/universities in the area that have more to offer in those areas. Rather than trying to keep up with the Jones’, I think it was a matter of prioritizing other areas in which the school could be stronger than competitors.”

I attempted to speak with someone from Central College’s Communication Studies Department, but was unable to reach anyone prior to publication. Hopefully after the new semester begins, we will learn more about future plans for KCUI.

One step closer to more low-power community radio; FCC says LPFM no threat to commercial stations
DoJ to Supreme Court: radio is where the “vile and lewd” stuff is
Support Radio Survivor on Patreon!