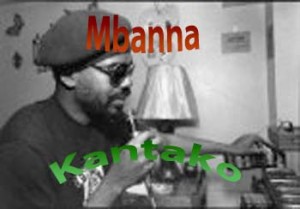 Mbanna Kantako has been running one of the longest lived unlicensed radio stations in the US, Human Rights Radio in Springfield, IL. He served as the inspiration for Stephen Dunifer and other microradio activists who used unlicensed broadcasting as a means for civil disobedience in the 1990s. While Kantako has had several run-ins with the FCC and local authorities, his station has continued broadcasting with few interruptions since 1987.

While perusing the FCC Enforcement Bureau’s recently issued notices, I found a notice of unlicensed operation (NOUO) issued to Kantako on June 21. Kantako has posted the notice to his website (PDF), reporting that it was not delivered in person. Kantako also reports on his website that his station was visited on August 12, 2010, sharing that notice, too (PDF), although I find no record of that action in the FCC’s enforcement database.

To the best of my knowledge the Commission has not taken any action against Kantako since participating in a raid on his station in December, 2000. Human Rights Radio returned to the air a few months later in March, 2001, and–again, to the best of my knowledge–remained on the air ever since. So I am curious to know what has spurred the Commission to start looking at Human Rights Radio again after all these years, especially since the station has never been shown to pose an interference threat.

Kantako first put the station on the air as WTRA, standing for the Tenant Rights Assocation, using the broadcast as an organizing tool for the purpose of informing the residents of Springfield’s public housing about their rights. As his awareness of the struggles of people everywhere across the globe grew, the station evolved into Human Rights Radio.

I’m certain that Kantako will not stop broadcasting Human Rights Radio without a fight, so I’ll be interested to see if and when the Commission decides to take any further steps towards the station.