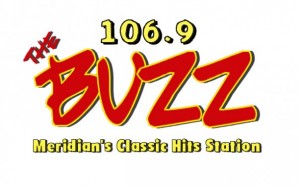 The owner of commercial radio station WKZB in Stonewall, Mississippi is donating the station to Meridian Community College. The “classic hits” station, dubbed 106.9 “The Buzz,” is part of a local network of radio stations in Mississippi, Alabama and Louisiana owned by Clay Holladay under the auspices of Mississippi Broadcasters, LLC (and branded as “The Radio People“).

According to an article in the Meridian Star,

“Clay and Laura Holladay of Mississippi Broadcasters have gifted a full power FM commercial radio station to the MCC Foundation. The station – WKZB 106.9, one of the most popular radio stations in the market – will be operated by the college’s broadcast communication technology students in cooperation with MCC’s Productions Center.”

Although there is currently no paperwork on file with the FCC regarding this station transfer, the article states that the transfer is expected to happen by early September:

“MCC will move into a building stage for the studio, which will be housed on campus. The construction is estimated to begin in about six weeks. The classics format the station broadcasts will remain in this market possibly on another frequency, according to the MCC Production Center. No long-term programming has been set for 106.9 at this time.”

I am amazed by this story and it’s exciting to see that a commercial network would actually consider donating a radio station to a college campus. That’s a trend that I’d like to see more of. Of course, it will be interesting to see what the plans for the station are and if it will continue to operate as a commercial station or if the college will opt to run it as a non-commercial station. The school currently has a Broadcast Communication Technology Program, so no doubt the addition of a radio station will be a huge plus for students and faculty.

By the way, this radio station donation is part of a bigger series of deals involving commercial stations and a religious broadcasting network. Clay Holladay’s Mississippi Broadcasters, LLC is also buying 5 commercial radio stations from Clear Channel that were being run by URBan Radio and turning 2 of those stations over to New South Communications (owned by family members Frank and Ann Holladay). In addition to that, Mississippi Broadcasters is selling another station (WMLV 93.5 FM) to religious broadcasting behemoth Educational Media Foundation (owner of K-LOVE and Air 1). So, amidst all of this money changing hands (I haven’t seen any FCC filings yet, so am not sure of the amounts), the broadcast network will also get a nice little tax write-off for their donation to Meridian Community College.