By Matthew Lasar on March 22, 2016 in Community Radio, International 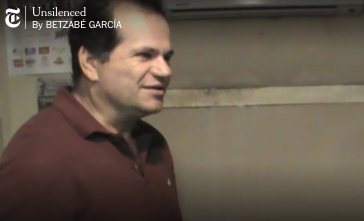 In 2014 armed thugs murdered Mexican community radio activist Atilano Roman Tirado as he spoke live in his station’s studio. I wrote of the crime on these pages. Tirado was a leader of a coalition of hundreds of families in Sinaloa asking for compensation after losing their homes to the Picachos dam. He was a harsh critic of the government. His program was titled “Asi es mi Tierra” – This is How My Land Is.

“Officials say they will investigate the Tirado murder,” I noted. “They always say that. We hope that this time it is true.”

I’ve received no word that a serious inquiry was made by the government. But happily The New York Times has produced a video documentary commemorating Tirado’s life, murder, and deep commitment to his Northern Mexico community. It is titled Unsilenced, produced by filmmaker Betzabe Garcia.

Unsilenced is a remarkable work; a beautiful, slow moving portrait of Tirado’s home and cause. Tirado befriended Garcia while she was making a film about the Picachos crisis. “This story is not just about my friend Atilano,” Garcia writes: 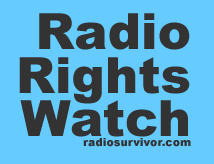 “It highlights the culture of censorship that has grasped our entire country. Atilano’s killing by gunmen inside a radio booth during the live broadcast of a show dedicated to airing the demands of his movement was a clear message of intimidation to the people, meant to quiet anyone who was also thinking of protesting injustice. When audio from the murder was retransmitted across the country by hundreds of other media outlets, the killers were able to amplify their message of violence and intimidation.”

The documentary is narrated by Atilano himself via conversations she had with him before he died. “I want to give him back his voice and show that his courageous life message merits an even stronger platform,” Garcia’s post concludes, “Atilano may be dead, but his voice will live.”

Podcast #39 – Is College Radio Too Small for Its Own Good?
LPFM Watch: From Veterans to Newbies, New LPFMs Eye the Airwaves
Support Radio Survivor on Patreon!