By Matthew Lasar on June 8, 2015 in Innovation, Internet radio, The Future

As I promised in my last post about [soon to be] fully Pandora owned radio station KXMZ-FM in Rapid City, South Dakota, I’d try to get more details from KXMZ deejay Mike Swafford about how “Hits 102.7” is working with the streaming service to connect with the Rapid City audience. On Friday, Swafford sent me a summary about the Pandora/KXMZ collaboration. Here are various ways that it is playing out.

For the last two years Pandora has been working with KXMZ via a Local Managment Agreement. The “first and most obvious thing” Pandora gave the operation, Swafford emphasized, was data on the tunes to which Rapid City Pandora subscribers have been clicking the proverbial thumbs up icon:

o Within our format we were able to use this information to select the songs the local listeners wanted so that our selection of music each week could reflect that as opposed to using national charts to decide what listeners were interested in locally.

o Prior to the relationship with Pandora the station would have had to pay thousands for a company to do local research with various unreliable methods that would be presented weeks or months after they conducted their research.  With Pandora it is weekly results with their actual interaction as opposed to recall or asking if they like certain songs. 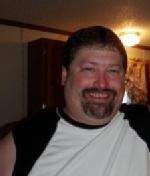 Next, Pandora created a channel that featured the format and songs generally played on KXMZ. Hits 102.7 deejays directed listeners to the channel, and “we were then able to follow the trends of our listeners from their interaction on that Pandora channel,” Swafford says. Based on this information, KXMZ created a “Ten at Ten” show that introduced the station’s fans to tunes that “weren’t on our playlist yet but were new songs on Pandora that were getting a lot of interest.” This was followed by a similar “Five at Five” program and various additional Hits 102.7 Pandora channels.

“Knowing that many people listen to more than one type of music allowed us to promote these other formats on air and the Hits website,” Swafford explained, “so that when they wanted to turn to that type of music they could listen to it on Pandora and know that the songs were based on what the people in Rapid City like listening to.”

o This airs during the morning show and is a fun program where we take a featured artist from the Hits 102-7 playlist and play the first three songs a Pandora user would get if they typed in that artist to create a station.

o The first song will be from the featured artist and then the second and third songs are based on the algorithms that Pandora is able to create from the first song.

o This sometimes leads to playing second and third songs that we may not normally play but because it has a musical DNA with the first song we follow the process and introduce listeners to the songs and why they are related to the featured artist’s song.

What do Pandora and KXMZ have planned for the future? Their relationship “opens the door for HITS to be able to target listeners on Pandora in Rapid City for certain artists that we may be doing a promotion with,” Swafford says:

o It also means that if we decide to bring in a concert or help a concert promoter in Rapid City find out how popular that artist is locally we can find that information based on the artists local Pandora use.

Like “I said before,” Swafford’s note concluded, “these are the things I work with and make it exciting for me.”