Editor’s note: Shortly after I posted my first story about the proposed sale of KUSP in Santa Cruz to the Classical Public Radio Network, Rachel Anne Goodman and I began corresponding about the prospect. Goodman teaches journalism at Cabrillo College in Aptos. By her own description she has “been a radio host on one station or another since 1981” and served as Director and Managing Editor for NPR’s Peabody Award winning series The DNA Files. I asked Goodman to write an opinion piece on the KUSP situation, which she kindly did. It appears below. 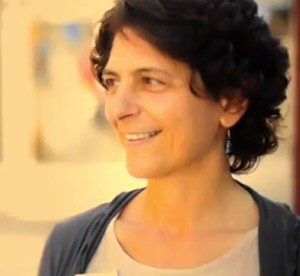 On Thursday afternoon I got an email from Charlie Lange, host of KUSP’s blues show for the past 38 years.  KUSP’s foundation was voting to negotiate sale of the station to CPRN, the Classical Public Radio Network.  Voting? Yes, voting themselves right out of business.  Why? Because the station was bleeding red ink ($700,000 and counting) and its creditors were getting restless.

If the sale goes through, listeners in California’s central coast will tune in to CPRN’s “musak on prozac” from Los Angeles instead of live broadcasts from the Monterey Jazz Festival and vibrant local shows.  KUSP is one of the rare community licensees in the nation, built from the ground up by volunteers and donors over 43 years.  When Pacifica radio was on the rocks, listeners in Berkeley chained themselves to the station doors. Will KUSP go quietly away, or will there be a fight to keep it local?  The tough part is, KUSP hasn’t sounded local for a while.

KUSP’s slide toward an all-NPR format has been going on since 2007. As a co-founder of “Talk of the Bay” I was part of “the great purge” when some 30 volunteers were replaced by satellite programs. Nothing against Click and Clack, but now they are heard three times over the weekend on two stations in our listening area. In fact, this mess can be traced to the board of KAZU giving its license to Cal State Monterey Bay, which went all-NPR, and KUSP responded by running even more of the same shows and overextending its budget. How NPR thought having two identical stations in the same market served anyone only they can answer.

On Monday, May 4th, despite scrambling to get the word out, and despite a crowd of dismayed listeners, the foundation voted 47-11 in favor of beginning sale negotiations with CPRN. The letter of intent they were voting on was to expire in just 10 days. Why all the rush? Listeners, donors and even the station’s own Community Advisory Board were taken by surprise by the sale proposal and were still in shock as the vote was announced. How could the station board and management have let things get this bad? And why did they not turn to their listeners for help earlier?

If the sale goes through, KUSP will get its debts covered, and be left with nothing more than a call sign, a record collection and maybe a hundred thousand dollars. At the meeting board members speculated that they might purchase a smaller frequency and go back on the air. The one they mentioned reaches a tiny fraction of the audience of 88.9 and would be crumbs compared to the current signal.

After the meeting I spoke with Mark Hand, the consultant hired by KUSP to seek partners and/or buyers for the ailing station. I asked if a local buyer had been explored. He said he had been spurned by attempts to partner with KAZU and KZSC and later with KCRW. Hand seemed to think one silver lining to the sale going public might be an angel investor/donor/buyer coming to the rescue from the local community at the 11th hour.

At Monday’s meeting there was no equivocation on the community’s part. They do not want the 88.9 license to leave local control and they want locally relevant programming. After all, KUSP was built by local volunteers and local pledge and donor dollars. But the question remains: Who will entertain paying off the stations’ debt and coming up with a model that breaks even while the station is in negotiation for a sale to another partner? The area is starting to pick up the retired Google executives and there are wealthy donors living here who understand the value of a local media powerhouse like KUSP.  What if a local angel investor decided to be a hero for the central coast?  Would attempts to get a local buyer end up as a bidding war with CPRN? USC has deep pockets and wants this last hole in their coverage of California to be filled with purchase of the large KUSP broadcasting footprint.  It is going to take thinking way outside the box on this one, but locals have been creative before. Just look at our mini tech boom going on .

What if NPR forgave the $400,000 in back payments? What if local volunteers staffed most of the airtime, while moving the station to cheaper digs? What if a skeleton crew could run it until it recovered? Would pledge dollars still come in sufficiently to create a new model?  If NPR programs are cut back, but not eliminated, what is the balance point between pledge dollars, listeners and overhead?

Surprisingly, none of the board or staff had crunched numbers on alternative models. They floated four other “options” at the meeting, one of which was “cut costs” the other “go dark” and another “go bankrupt”. Hardly viable options.  It appears most of their energy, time and consultant money has gone toward looking for solutions outside the community, including seeking buyers in Los Angeles. The airwaves of 88.9 are a precious local resource and the local board its stewards.  Can better caretakers be found that would keep it local and viable?

A group of programmers and concerned listeners is trying to ad hoc organize alternative options that might save the license. However, without the management putting off the negotiation while other plans can be made, the station appears to be heading for a sale. If people want to help keep KUSP in local hands they can write to the station.  Ask them to postpone any negotiations with CPRN until alternative plans have been fleshed out. If you know a local potential buyer who would leave the station in local control and content, have them contact the station.   To contact the board: http://kusp.org/boards.shtml.

Please contact me and I’ll put you in touch with those working on this issue.

A Glimpse of College Radio’s Past in Playlists from the 1970s and 1980s
How the FBI worked with radio to investigate the song “Louie Louie”
Support Radio Survivor on Patreon!