By Matthew Lasar on April 24, 2015 in Electronics, Fun Stuff 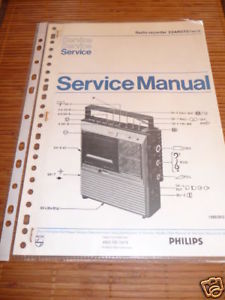 Late last year Scientific American posted a fascinating commentary on an “anomalous event” with an old radio receiver. What caught my eye was that it was penned by Skeptic magazine editor Michael Shermer. It recounted his wedding to Jennifer Graf, who had been raised in Köln, Germany—in part by her grandfather, who died when she was 16. Prior to the wedding, many of Jennifer’s heirloom possessions had just arrived via mail from Köln. These included her grandpa’s 1978 Philips 070 transistor radio, which, despite Shermer’s best efforts, could not be resuscitated. Finally they gave up and put the device in a desk drawer in their bedroom.

Then came the day of their betrothal. They returned from City Hall and exchanged vows and rings at home. Jennifer was feeling a bit sad, wishing that her grandfather could be present for the occasion.

Suddenly, they heard music coming from somewhere. They rummaged around the house looking for laptops or a stray mobile phone whose alarm might have gone off, but to no avail. Then the couple realized where the sound was coming from:

At that moment Jennifer shot me a look I haven’t seen since the supernatural thriller The Exorcist startled audiences. ‘That can’t be what I think it is, can it?’ she said. She opened the desk drawer and pulled out her grandfather’s transistor radio, out of which a romantic love song wafted. We sat in stunned silence for minutes. ‘My grandfather is here with us,’ Jennifer said, tearfully. ‘I’m not alone’.”

The radio played classical music for the rest of the day, then it stopped, “and has remained silent ever since,” Shermer noted.

I share Skeptic‘s general assessment of most “paranormal” claims. But I also agree with Shermer’s concluding comments: that we should remain open to the mysterious. I’ve had experiences that transcended mere coincidence and that to this day I cannot explain. On the other hand, I make no effort to read psychic or similar narratives into them. To borrow the line from the Scientist Dude in all those B-Movies: “There’s got to be a [scientific | rational | somethingorother] explanation for this.” We just don’t know what it is yet.

Which brings me to the Question of the Day. Have you ever had an “anomalous” experience with radio or some similar electronic listening gadget? If so, do tell.

BTW: The Radio Museum has some good images of the Philip 070. It was a nice little gadget.