Today the FCC announced that due to an “overwhelming surge in traffic” to its website the initial comment deadline on the Open Internet proceeding is being pushed to this Friday, July 18, at midnight. The Commission notes that if you run into trouble using the web-based comment submission system you may email your comments to openinternet@fcc.gov.

Earlier in the day the FCC’s Chief Information Officer, Dr. David A. Bray, published a blog post charting the number of comments posted by the hour on Monday. At a few points during the day the number of submitted comments exceeded 1500 per hour. 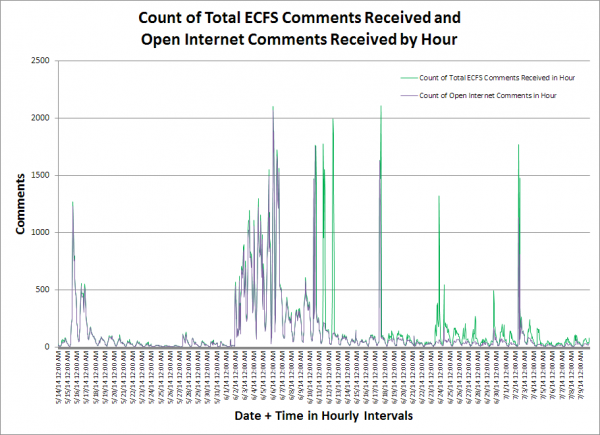 He also shared the number of email comments submitted every week since the openinternet email address was created on April 24. Last week the number of comments climbed over 60,000, and the number approached 100,000 the week of May 21. 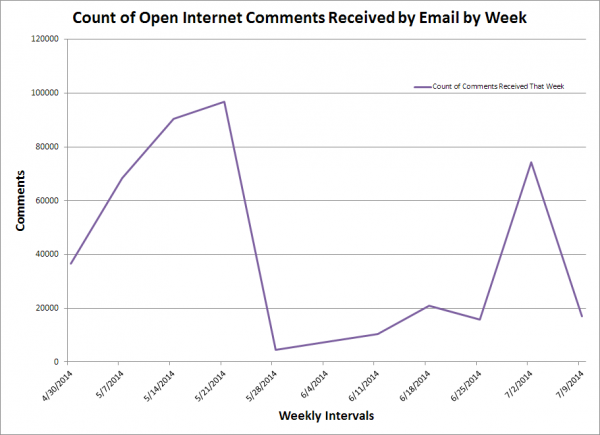 Bray wrote, “When the ECFS system was created in 1996, the Commission presumably didn’t imagine it would receive more than 100,000 electronic comments on a single telecommunications issue.”