By Matthew Lasar on December 9, 2013 in Internet radio, InternetDJ

SoundCloud is five years old as of last month. There are two kinds of radio on the application. You can access established radio networks that archive their shows on SoundCloud. For example, you can listen to BBC World Service Radio, which is a mix of BBC public affairs shows,  including my favorite: World Have Your Say.

But you can also tune into independent deejay mixes that self-identify as radio stations. These are somewhat harder to find. If I search “radio” within the SoundCloud application, I tend to get established broadcasters. But if I search “soundcloud radio” on Google, I get extremely fun dance radio stuff, including . . .

Radio Yacht: a postpunkish mix of tunes produced by acclaimed album-makers Jona Becholt and Clare L. Evans. “We currently live in Los Angeles, California, but we both grew up in Portland, Oregon , and consider Marfa, Texas to be our ‘spiritual home’,” they say on the Team Yacht website. “These three places come together to form what we lovingly refer to as the Western American Utopian Triangle.” (Check out @yacht’s new single “Party at the NSA,” which features a guitar solo by comedian Marc Maron). 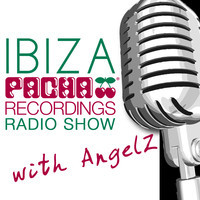 Pacha Recordings Radio: AngelZ (Angel Zorilla), who hails from Ibiza, Spain, is the fireball behind Pacha Recordings (the “true sound of Ibiza”). Every track is a beautiful extended one hour disco mix, with Pacha and staff periodically IDing the stream in English and Spanish. He’s also got a YouTube channel and a podcast. 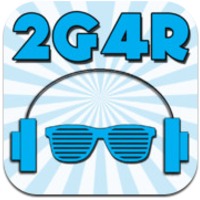 Too Good for Radio: TG4R is an EDM [Electronic Dance Music], Hip Hop, and Indie network. “Listening, sharing, and talking about music makes us happy,” the station’s web site says, and identifies Jared Smith as its founder and CEO. Plus: “He’s won the Nobel Peace Prize.. twice.” Wow. Congrats on the Peace Prize, Jared—also on this nice SoundCloud channel, speaking of which . . .

The Mashup Radio: This SoundCloud channel is (big surprise) all about mashups. If you go to themashupradio.com, there’s even more: mashup TV, interviews, podcasts, and events, but it’s too much for an old guy like me. I just love the SoundCloud station, which is simple and focused.

Laid Back Radio: The Laid Back project (LDBK) was born in Brussels in 2002 as a weekly radio show. Now it’s an online radio station and an urban music SoundCloud mix that streams very enjoyable tracks. “We also advise artists and organisations on how to develop their online communication and re-think their (digital) activities,” the group’s profile notes.

I could listen to these radio stations forever. Megakudos to SoundCloud for creating the platform where they rule. BTW: I cover social music sharing communities every Monday in our Internet DJ feature. Tell me about some more.