By Paul Riismandel on September 23, 2013 in Music, Streaming Radio 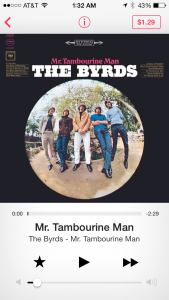 Apple’s first foray into online radio shipped last Wednesday as part of the latest version 7 of its iOS mobile operating system. The big question is: What’s the big deal? Or, rather, Is it a big deal?

After using the service for four days I have to conclude that iTunes Radio is a big deal, but not for the usual Apple reasons.

iTunes Radio is not innovative. It is derivative.

The iTunes Radio user experience is adequate, not the best in class.

So what is the big deal, then?

The big deal is that iTunes Radio just shipped to millions of users of the most popular smartphones in the US, and will ship to new owners of the just-released iPhone 5s and 5c, which likely also will be top sellers. In essence Apple has positioned itself to be one of the top streaming radio platforms in the US right upon entry.

The other big deal is more subtle, but critical. Unlike every other competitor, the iTunes Radio revenue model is not about subscribers. It is about buyers, and growing the iTunes Store.

Sure, other radio and streaming music services give you the opportunity to buy songs as you listen. But none of those services is connected directly to the biggest music retailer in the US–the iTunes Store.

iTunes Radio is Apple’s move to plug a hole in its online music offerings. While iTunes offers previews in the form of 30 second clips and some advance streams of full songs and full albums, it’s not a great discovery platform because you really can’t dig into a wide array of full songs and albums without buying them. Up to now, users who wanted a better discovery experience had to head to Pandora, Spotify, Rhapsody and the like. With iTunes Radio now they don’t have to.

iTunes Radio also provides additional incentive to buy its iTunes Match cloud service. Rather than offering iTunes radio for a separate monthly fee, Apple simply bundled it as an extra to an already extent service. iTunes Match allows a user to replicate her entire iTunes library in the cloud, whether the songs were bought from the iTunes Store or ripped from CDs. Now a $24.99 a year Match subscription gives you an ad free Radio subscription, too.

Note, however, that iTunes Radio does not offer any on-demand listening like paid versions of Spotify, MOG, Rdio or Slacker. In this way it remains more like Pandora. This isn’t by accident. It’s because Apple still wants you to buy the songs and albums you really like and want to hear on demand.

iTunes Radio, then, just provides a new way for you to hear songs and albums that you might want to keep, and then makes it easy for you to purchase them right away, or later, via a wish list.

This service is not targeted to steal away customers from other platforms. Paid subscribers to Pandora, MOG or Slacker are unlikely to abandon their investment of money and customization for Apple.

Instead, Apple is making the bet that the audience for an online radio service–and buying digital music online–is significantly larger than it is now. The company is predicting that the millions of iPhone users out there who don’t yet use a radio or streaming service will check out iTunes Radio first. And that many will never try another service thereafter.

To make this gamble pay off Apple doesn’t have to make iTunes Radio ridiculously great, nor does it have to steal away users from other services. It just has to make a product that is ubiquitous for its customers, and is good enough all around.

I will post a more thorough review tomorrow. But I can preview now that iTunes Radio pretty much succeeds in being good enough. It might even qualify as pretty good.