By Matthew Lasar on February 11, 2013 in College Radio, Community Radio 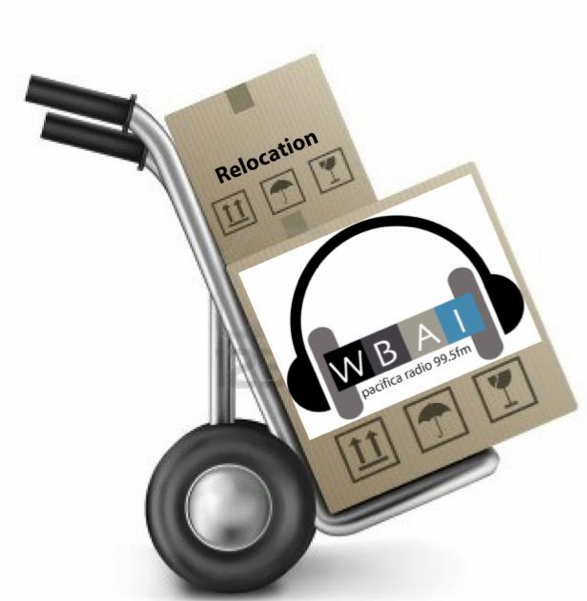 The latest tweet from Pacifica station WBAI in New York City asks for help moving the operation out of its Wall Street digs:

WBAI is “movin’ on up”. Volunteers are needed to help pack all day long this week. Email ops@wbai.org.

According to a station staff announcement, BAI will  temporarily move its studios to City College of New York station WHCR—the “voice of Harlem.”

“WHCR is fully equipped,” the memo from WBAI station manager Berthold Reimers explains. “They have two main studios and one performance room. We will have one studio dedicated for WBAI. We are working on modifying this studio to our specification. Further, they have two editing rooms, one of which will be dedicated to WBAI.”

Meanwhile WBAI will park its staff at 4 World Financial Center “because we were able to secure free rent,” Reimers explains in a station newsletter.

This transition was a long time coming. WBAI’s 120 Wall Street headquarters was very expensive. Back in 2009 Pacifica’s interim Executive Director disclosed that the station was four months in arrears in its rent—that shortfall coming to $128,072.34.

Hurricane Sandy didn’t help. The superstorm trapped seven of the station’s staff in the lower Manhattan building, with seawater rising up to the second floor.

Following the WHCR move, BAI is looking for a “more permanent home,” notes outgoing Local Station Board chair Mitchel Cohen. In the meantime, if you’ve got some extra hours to spare . . .