By Paul Riismandel on December 6, 2012 in Commercial Radio, Consolidation 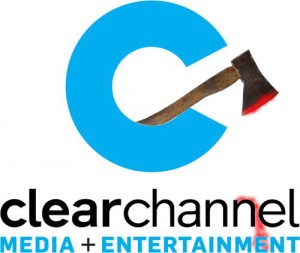 News of firings has come in from Clear Channel stations in Tampa, Denver, Detroit, Chicago, Orlando, Los Angeles, Dallas, Miami, Houston, Atlanta, Seattle, Minneapolis, Philadelphia, Cincinnati, Austin, Cleveland and Columbus, OH. All Access has been keeping a running tab of all the staff who have been terminated, working off of emailed tips in addition to press reports.

Clear Channel is saddled with $10 billion in debt that was rung up in part during the company’s decade-long buying spree triggered by the deregulation of radio ownership that came with the Telecommunications Act of 1996. $8.2 billion of that is bank debt that is due in January 2016, a deadline that many analysts believe the company will miss, given current earnings projections.

While the company may face bankruptcy, right now the ones suffering are the staff who lost their jobs and the listeners who enjoyed their programming.

My opinion on this is clear. Clear Channel’s debt and these firings are not primarily due to the decline of the radio industry. They are the result of massive consolidation fueled by debt, that treated radio stations like interchangeable parcels of land and commodities to wring every cent out of, not build a sustainable broadcast business. Before ownership deregulation permitted a Clear Channel, there was no radio company big enough to fire this many people. That’s why folks are opposed to the FCC permitting even more consolidation.