By Paul Riismandel on April 8, 2011 in Rough Notes 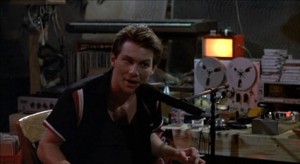 This pirate kid was no Hard Harry.

So that kid I posted about on Monday, who was running a pirate station in Ottawa, Ontario and accused of threatening to kill another local radio personality? He was convicted Thursday of criminal harassment of both the DJ and the officer from Industry Canada who was investigating the station. He was also convicted of violating Canada’s Radiocommunications Act. The teen is due to be sentenced on the 24th.

My question is, if some other DJ on a licensed station made threats against a DJ on another station, would there be a similar police response? (This is a sincere question, not a loaded one…)