By Paul Riismandel on February 21, 2011 in International 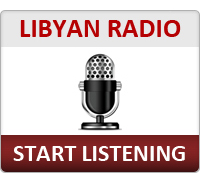 Right now it is very difficult to get confirmed news out of Libya due to the internet and phones being restricted and foreign journalists being kept out. Twitter is alive with reports from Libya, but with all the re-tweeting it’s difficult to following things back to a source and then determine if it’s credible.

Earlier today the group called Libyan Youth Movement posting under the twitter name @ShababLibya tweeted that “BREAKING: Libya open first real radio called soot libya al hura (voice of free libya) frequencies and live feed to follow #Libya #Feb17”. This message was repeated all over Twitter and on blogs and websites covering the popular revolt in Libya, but with no additional information or citations.

The Media Network blog from Radio Netherlands Worldwide today posted a roundup of reports about radio inside Libya. Blogger Andy Sennitt relays reception reports from Denmark of a high-powered mediumwave station (called AM in the US) in El Beida that apparently is taken over by protestors, while other Libyan mediumwave stations continue to air pro-Qaddafi material. The same Danish DXer reports receiving this station, identified as Radio Free Libya, broadasting at 1125 KHz.

El Baida is about 125 miles east of Benghazi, which is the reported location of the internet station I reported on yesterday. This could be the same broadcast, or they might be separate — it’s hard to know.

It’s also unclear if the mediumwave Radio Free Libya is the same station as the Voice of Free Libya that the Libyan Youth Movement tweeted about today. While mediumwave can travel great distances–from Libya to Denmark–these stations won’t be receivable in North America. I find no indications or reception reports of any Libyan shortwave broadcasts operated by protestors. Like in Egypt, it’s unlikely there are many ham radio operators, especially under Qaddafi’s even more repressive regime. However, I think it’s safe to say that broadcast radio is playing a more significant role in the Libyan uprising than it did in Egypt’s.

In terms of tuning in English-language news of the situation in Libya, while BBC’s Five Live was airing constant Libya coverage at this time last night, today the station seems to be back to its normal program schedule. That’s too bad because I found the station’s coverage last night to be quite riveting, with many live calls directly from Libya. At the same time the host, Stephan Nolan, kept a very cool head, making pains to consider internet and twitter rumors with due caution, while also paying appropriate respect to the real violence and suffering being experienced by Libyans on the streets of Benghazi and Tripoli.

For the most updated English-language news from Libya I’ve found Al Jazeera’s English service to be the most reliable right now. However, this evening CNN has the first Western TV journalist inside Libya. He confirms earlier reports that the resistance has control of eastern Libya.

I hope for the best for the Libyan’s protesting and acting for an end to decades of totalitarian repression. Communicating their circumstances and showing the government’s brutality both to other Libyans and to the outside world I believe will aid their cause. Radio is one tool that may help.

Public radio and TV supporters worry about ‘save public media’ fatigue
WFMU-FM show will issue its own currency for next station marathon
Support Radio Survivor on Patreon!