By Paul Riismandel on January 17, 2011 in Community Radio, FCC, LPFM 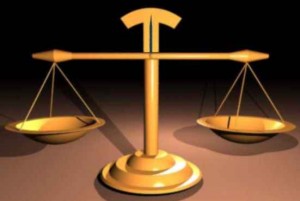 One big question facing the Commission at the moment is whether or not these pending translator apps need to be resolved before accepting new LPFM applications. There are also some groups petitioning the FCC asking it raise the ten application limit it imposed on the translator auction.

All Access recently posted a run down of comments filed with the FCC on the issue. Expectedly, Prometheus Radio Project urges the Commission to open an LPFM filing window first, before processing the backlogged translator apps, while the National Association of Broadcasters advises that the Local Community Radio Act, “cannot be read to create a preference for any particular secondary service.”

Particularly interesting are recommendations made by the LPFM-friendly REC Networks that suggest the use of 87.5, 87.7 and 87.9 FM for low-power stations. REC also suggests modifying the protection contours for many analog low-power TV stations on Channel 6 which have smaller “service contours.” REC argues that LPFM stations can be located on adjacent frequencies geographically closer to these LPTV stations without causing interference.

There still is little public indication of how the FCC proposes to proceed on low-power FM. Last week Prometheus and the Media Access Project did meet with Chairman Genachowski’s Senior Advisor, as well as personnel from the Media Bureau’s Audio Division. Clearly, the most interested groups are not waiting for the Commission to ask how to move forward.

I know that hopeful LPFM applicants and community radio enthusiasts are waiting with baited breath. I hope we can supply a few more answers later this week when we’ll feature an interview with Prometheus on these and other important questions about the future of low-power FM.