By Paul Riismandel on December 27, 2009 in Commercial Radio, Consolidation 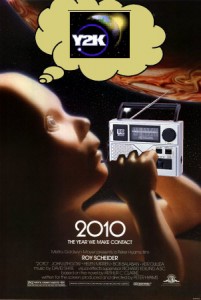 At the start of the decade the nation’s largest owner of radio stations, Clear Channel Communications, was flying high with a stock price over $90 a share in January, 2000. While public interest advocates and media reformers continued to batter the company with criticism over its tactics, Wall Street was still in love with the profits the company was generating. But the love affair wouldn’t make it through the rest of the decade.

Indeed, by the standards of the 1980s and 1990s acquisition and merger-driven economy, Clear Channel’s formula looked like genius. Aggressively search the country’s radio markets looking for clusters of stations ready to be snatched up. In each market buy as many stations as you can, up to the legal limit. Then fire redundant staff, combine studios and other business departments–into the same building if at all possible. Replace as many on-air hosts as possible with syndicated or voice-tracked programming. Finally, sell ad packages for groups of stations at market-beating prices that smaller groups or mom-and-pop operations can’t possibly match.

The method was so successful that the nation’s other largest radio companies followed the pied piper down that same path.

To anyone who didn’t actually listen to radio, especially commercial radio, the Clear Channel way looked like a sure bet. But radio listeners knew better, and voted with their ears. More commercials per hour, no local requests, nationwide playlists, radio contests that sound local but covered the whole nation — it all added up to stations that just didn’t sound as good as they used to. So listeners went elsewhere: iPods, satellite radio, internet radio.

To be fair, these new technologies likely would have taken a bit out of commercial radio’s pie no matter what state the business was in. But the sheer arrogance and ruthlessness with which Clear Channel, in particular, pursued its consolidation strategy set it up to take a big fall.

By 2006 quarter-to-quarter profits continued to decline as the company tried desperation tactics like reducing ad inventory–hoping to entice listeners to stay tuned–while raising ad rates–in order to stem the bleeding. It didn’t work. And by November the company announced a deal to be bought out by a private equity group led by Thomas H. Lee Partners, L.P. and Bain Capital Partners, LLC. Funny enough, Clear Channel’s October stock price of $29.99 doesn’t even look that bad by 2009 standards, when major radio companies have turned into penny stocks.

Again, Clear Channel management was innovating — innovating a way to cash out while the getting was still good. Investors who bought in at the start of the decade were feeling a little less sanguine.

At the end of the first decade of the 21st century the commercial radio industry is considered almost dead by a lot of listeners and analysts, while only one major US broadcaster–Saga Communications–has a current stock price over $10 a share. It might be too late for many other companies to be attractive enough for a reasonable private equity offer.

The time of Clear Channel’s industry leadership–for better or worse–is over. Selling out to private industry indicated that the consolidation era in commercial radio was over. We’re still waiting to see what the next era will be.