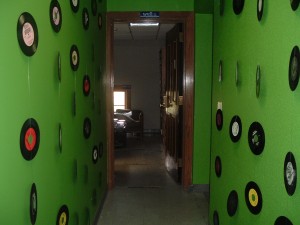 Even though some college campuses are already closed for the winter break, there’s still a bunch of news on the student radio front this week.

This week’s College Radio Survivor includes some year-end charts from CMJ, details about another holiday special, the latest on college LPFM applications, and word on some changes at a few college radio stations.

CMJ, the organization that not only puts together the massive CMJ Music Marathon each year, also collects charts from college and non-commercial radio stations each week. This week, CMJ compiled some lists of the top albums of the year based on these charts. By perusing the lists, one can take a look at some of the most played albums by genre (including electronic, jazz, hip hop, world, metal, and AAA). Here’s a glimpse of the top metal albums.

Last week, we told you about some holiday specials airing over college radio. Additionally, a DJ at Princeton University radio station WPRB 103.3 FM will be doing his 25th annual Christmas marathon. The 25-hour special will run from 5pm on Christmas Eve until 6pm on Christmas Day. Host Jon Solomon told me, “The show began almost by accident. There was a large swath of time available on December 24, 1988 [that] I signed up for when I was a high school volunteer at WPRB. I stayed on the air until the next DJ showed in the morning and had so much fun I decided to do 24 hours the next year… the show kept building with every December that followed, as listeners started sending in records/cds they’d found/made…” If last year’s playlist is any indication of what’s in store for the 2013 special, it should be an atypical 25 hours of holiday music. Listener requests will be taken and Solomon told me that there are often so many requests, that it’s hard to squeeze in all of the music.

St. Clair County Community College is ending its communications media program and will no longer offer associate’s degrees in broadcasting and journalism. An article in the Times-Herald quotes the program director for college radio station WSGR-FM. He concludes that the loss of the degrees are “not so good for students.” Although the degree is going away, there will still be classes and student media groups like the newspaper, television station, and radio station will continue.

At University of Sioux Falls, plans are in the works to sell the license for KCSD 90.9 FM to the public radio group (South Dakota Public Broadcasting under the auspices of ) that already runs the programming for the station. The university intends to maintain its student radio station KCFS 94.5 FM.

In LPFM news, SUNY College at Oneonta, Thayer campus (Cooperstown, NY at 101.5FM), and St. Ambrose University (Davenport, Iowa), had their applications for new stations dismissed by the FCC.