By Jennifer Waits on December 31, 2012 in College Radio 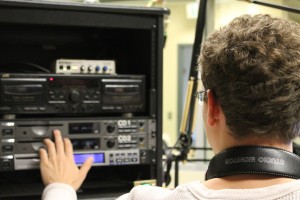 As we reflect back on 2012, there’s no clear answer about the state of college radio. In a way, college radio may be getting back to normal following a particularly dramatic 2011. Although some stations left the air this year, others continued to thrive and new stations were born.

Fall-out from 2011 continued this year, with the FCC finally providing their stamp of approval on the assignment of former University of San Francisco (USF) station KUSF 90.3 FM to Classical Public Radio Network (CPRN) following a year-long investigation of the deal. The June, 2012 decision coincided with a Consent Decree in which USF and CPRN agreed to pay a combined sum of $50,000 to the United States Treasury as acknowledgement for various FCC violations related to an illegal public service operating agreement. Ever since the January, 2011 shut-down of the student station, classical music programming from KDFC has aired over 90.3FM.

Following the FCC approval of the license assignment, KUSF’s call letters were changed to KOSC. In an interesting twist, with the KUSF call letters up for grabs, community radio advocate Common Frequency requested the call letters for a station that it plans to construct in Oregon. In October, student broadcasters at University of San Francisco were finally able to re-launch KUSF.org from a new campus studio (the old KUSF studio was dismantled in 2011). 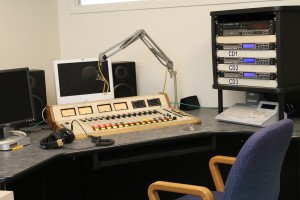 At the same time, many former KUSF DJs continue to broadcast from the off-campus KUSF-in-Exile (whose stream was initially hosted by WFMU and is now operating independently) and protests over the KUSF sale continue. The FCC has yet to respond to applications for review the license assignment submitted by both Friends of KUSF and Ted Hudacko. Additionally, Hudacko submitted a Freedom of Information Act (FOIA) request in order to view materials related to the station sale. After USF and CPRN argued for the confidentiality of a portion of that request, the FCC just issued a denial of their claim, meaning that more details in regards to this deal should be forthcoming.

WXLV, which back in 2011 was rumored to be up for sale by license holder Lehigh Carbon Community College, is also slated to leave FM. This month, paperwork was filed with the FCC to assign the license to a religious broadcaster. Although there were rallies and efforts to protest the loss of the station back in 2011, I am not aware of any current plans to contest the sale. It appears that WXLV is still broadcasting its student and community programming. 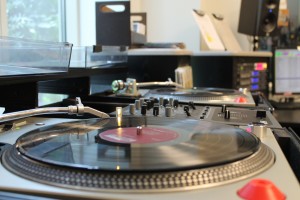 2012 also saw rumors that University of Texas student radio station KVRX dodged a potential sale, as well as the mysterious student DJ lock-out at Northeastern Illinois University radio station WZRD in Chicago. In July, WZRD DJs were told that they were being suspended from the station. The station was put on automation and the student club that runs the station was placed on in-active status by the university. The school acknowledged that it was reviewing the station and evaluating its future.

According to an article on the Student Press Law Center website in November, the school completed its review and was planning to have DJs back on the air at WZRD in December. A representative from WZRD told me in mid-December, “The members of the radio club are not back on the air. The radio club’s charter has not been renewed. We have yet to receive due process.” Currently WZRD is off the air and its website states, “WZRD CHICAGO 88.3 FM Will be Off-Air Dec 21, 2012 – Jan 2, 2013 due to scheduled electric maintenance campus wide at NEIU. WIZARDS ARE RETURNING! THANK-YOU for all your support all these months………WZRD STUDENT RUN RADIO WILL BE BACK ON THE AIR JANUARY.” I’m sure we will hear more about the future of WZRD in the coming weeks. 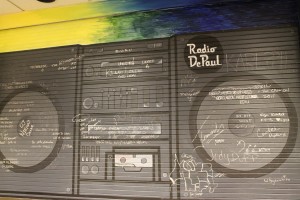 In the meantime, students at Penn College are hoping that they can convince administrators that WPTC 88.1 FM is worth preserving after the school’s mass media major is eliminated next year. Bard College wasn’t so lucky. After gaining a license for a new FM station on campus, it was unable to raise the needed funds in order to construct the station. Bard filed paperwork with the FCC late this year in order to transfer WLHV-FM to small public radio group Robin Hood Radio (owned by Tri-State Public Communications). As expected, West Virginia-based Bethany College also filed paperwork this month to assign the license for student radio station WVBC-FM to Pittsburgh Public Media in exchange for $135,000. According to the Asset Purchase Agreement, Pittsburgh Public Media will not use the call letters WVBC (presumably so that an online student station may continue on campus under that name) and will offer broadcast internships to Bethany students. 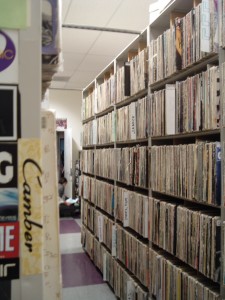 Although 2012 was not a good year for college radio stations that were shut down or lost their terrestrial signals, it was a great year for stations that celebrated significant anniversaries. In 2012, KALX at University of California, Berkeley turned 50, Rollins College station WPRK turned 60, Wellesley College celebrated 70 years of campus broadcasts, and Radio K recognized the 100th anniversary of radio at University of Minnesota. In 1912 experimental radio broadcasts began on campus, with the first broadcast license assigned to the school in 1922. Speaking of college radio history, I was thrilled that students at my alma mater Haverford College resurrected student radio yet again. As Hurricane Sandy shut down the campus in October, WHRC was reborn as an online station and now has a crew of DJs and shows just in time to celebrate next year’s 90th anniversary of the launch of the first radio station at Haverford (WABQ in 1923).

Other stations that launched this year include (but are not limited to) KJKR 88.1 FM at Jamestown College in North Dakota, an online-only station at Catawba College, and an Internet station at St. Petersburg College in Florida. We also can’t forget that 2012 began with word that iHeartRadio was adding college radio stations to its digital radio service. Although some stations (including KRLX at Carleton College) opted out due to concerns about partnering with a corporate giant like Clear Channel, others embraced the opportunity to gain more listeners. In any event, it’s a sign that college radio has not only power and appeal for its practitioners, but also for the music industry in general.