By Jennifer Waits on July 1, 2011 in College Radio, International 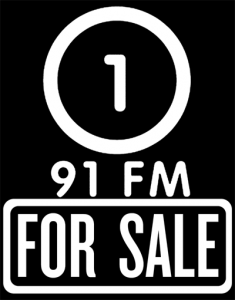 New Zealand's Radio One for Sale?

Fans of the University of Otago student radio station Radio One 91FM in New Zealand were greeted with silence today as the station began a week-long on-air protest against a proposed station sale.

It’s a pretty bold move to take one’s station off the air in protest and I’m guessing that it will have an even more chilling effect than the “College Radio Minute of Silence” that took place over the airwaves of many U.S. stations on April 28th. That particular activism effort was meant to bring attention to the loss of Rice University station KTRU.

According to an article in the Otago Daily Times, “The owner, the Otago University Students Association (OUSA), confirmed yesterday it might sell the station to save money. It has been reviewing all its services ahead of the likely introduction of legislation which will end compulsory membership of student bodies. It has been predicted revenue for all associations may drop by as much as 90% virtually overnight from January next year if the legislation is passed.”

In a press release today on the Radio One is Dead website, Radio One’s Station Manager Sean Norling stated:

“From 10am, Saturday July 2, Radio One 91FM will cease all regular programming for one week.

Radio One 91FM’s Week Of Silence will offer listeners in Dunedin, and around the world, a taste of how the cultural landscape may look should a proposal to sell the station go ahead this month. Radio One’s broadcasting license is a not-for-profit license, meaning the station has little commercial appeal, and as such a sale would be unlikely. The license was renewed this year and extends through until 2031.

Radio One, as part of Planet Media Dunedin Limited, is wholly owned by the Otago University Students’ Association (OUSA). In May, OUSA commissioned Deloitte to review its current services and structure. In addition, the review was ostensibly about preparing for the threat of Voluntary Student Membership, and the decreased revenue stream the OUSA would have available.

A review of Planet Media conducted by industry experts earlier this year suggested the station be retained and commented on the exceptional cultural value of Radio One. The review further praised Radio One’s financial prudence and voluntary austerity measures. Despite this, recommendations by Deloitte have proposed the disestablishment of Radio One, which have been discussed and explored by the OUSA Executive.”

The press release goes on to describe the impact of the loss of the 27-year-old station:

“The demise of Radio One could set off a devastating set of dominoes. The existence of independent radio is crucial to the city being a viable option for visiting artists of all persuasions. Dunedin would lose its most established alternative radio station. It is bigger than just Dunedin though; there is a network of stations around the country that depend on Radio One’s existence to remain stable. RDU in Christchurch, Radio Active in Wellington, Radio Control in Palmerston North & bFM in Auckland would all be jeopardised, which is a big body blow to the New Zealand music industry.”

Following their week of silence, regular programming will return to the FM airwaves at 10am on Saturday July 9. In the meantime, Radio One is seeking input from listeners about how to ensure the station’s future. It’s likely that they will also find some allies and ideas amongst the Save KUSF, Save KTRU, and Save WRVU crews thousands of miles away.