By Matthew Lasar on February 5, 2018 in Classical Radio 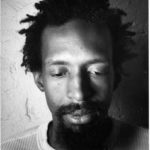 Julius Eastman was a brilliant black/gay composer whose lamentably short life is explored on WBUR’s Here and Now. His music was beautiful, but its presentation was not for the faint of heart. I hear Bach’s C-minor Passacaglia in Eastman’s controversially titled work, “Evil Nigger.”

You listen and decide for yourself.

According to interviewed historian Tiona Nekkia McClodden, the Black Student Union of Northwestern University tried to organize a protest against a performance of the work. To address the crisis, Eastman preceded the composition with an introduction that explained “his conceptual framework behind the actual piece, in dealing with labor, capitalism in this country and black bodies.”

Eastman died homeless in 1990 at the age of 49. Listening to this interview and exposition of his opus, I feel a deep sense of loss, but also gratitude to the scholars recovering his legacy.

In other news, congratulations to Music From Other Minds, which marked its 500th broadcast last month. MFOM is where you go to hear the likes of Edgar Varèse, Iannis Xenakis, and Luciano Berio, among other delightfully hard ass modernists. If you want to hear a lovely composition by William Grant Still, check out last week’s the Piano radio show on KPFA. Much Bach on the program, concluding with Still’s African Symphony.