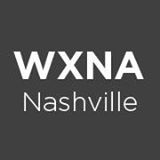 The organization that fought Vanderbilt University’s sale of WRVU-FM has good news. WRVU Friends and Family says it is moving as fast as the non-profit can to get its newly won 100 watt Low Power FM radio station running: WXNA-LP of Nashville, Tennessee. The plan is to place a transmitter around Germantown, a bit to the north of downtown. From that broadcasting point, WXNA’s frequency “should reach most of the central core of Nashville, East Nashville, North Nashville, West End-Belmont, and south to the Berry Hill area,” according to WRVUFF’s announcement.

The station will also stream at wxnafm.org and foreground “a freeform radio format similar to the former WRVU-FM Nashville during its classic years,” also akin to WFMU-FM in New Jersey and KALX-FM in Berkeley, California.

WXNA also plans to team up with various local non-profits, among them Open Table Nashville, an advocacy and access group for the homeless. A group of former WRVU deejays will join the new station. Here’s the list: