By Matthew Lasar on November 3, 2014 in AM Radio, Radio Bands 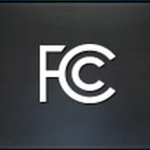 I am continuing to follow the Federal Communications Commission’s proceeding on saving AM radio. A recent comment submission comes from iHeartCommunications (formerly Clear Channel) Executive Vice President Jeff Littlejohn. Among his observations at an ex parte meeting with the FCC:

Mr. Littlejohn noted that many commenters in the AM Revitalization proceeding have called for increased enforcement of existing Commission Part 15 rules to address interference to AM signals from non-broadcast sources. iHeart supports those views, and in particular, would find valuable Commission involvement and mediation when AM stations bring to the Commission’s attention interference complaints from sources such as power utilities, which often require education to resolve.

Part 15 transmitters are called this because they are taxonomized within Part 15 of the FCC’s rules. They deploy or are activated by very little radio frequency power, in many instances jolts smaller than a milliwatt. Because of their scale, their operators don’t have to request a frequency license from the Commission to use them (although they may need authorization pending proof that their device radiates very little wattage).

All sorts of electronic gadgets fall under the rubric of Part 15, including refrigerators, juice extractors, paper shredders, coffee makers, deep fat fryers, and other fun machines. There are even some Part 15 community radio stations, such as KCHUNG of Los Angeles.

Speaking personally, I have a Part 15 voice activated Halloween Spider. When I bought it, the packaging explained that the Spider assiduously obeys the agency’s Part 15 rules. As the YouTube video below shows, all I have to do is shout “Trick or Treat!” and it creepily crawls along my refrigerator. If this activity interferes with any local AM stations, on behalf of the Spider, I apologize.

I do have one question about iHeart’s filing. I know that some Part 15 devices are powered by power lines (although my Spider is battery operated). But do power “utilities” actually come under the Part 15 rubric? I am no authority on this, but the National Alliance of AM Broadcasters’ submission to the FCC seems to offer more nuance here. ”RF [radio frequency] Noise levels from Power Lines, Part 15 and Part 18 devices [scientific/medical] are the greatest problem for AM Broadcasters,” NAAMB writes. This would seem to distinguish between Part 15 gizmos and power providers. The FCC’s explainer on Part 15 gadgets mentions utilities not once. I appeal to the Radio Survivor community for guidance on this question.

There does seem to be a consensus among most AM station owning filers, however, that Part 15 devices are a problem. What exactly the FCC should do about them is less clear.

I usually do InternetDJ on Mondays; will resume the schedule next week.