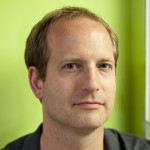 Jake Shapiro, PRX[/caption]According to PRX Executive Director Jake Shapiro the idea for the network began a few years ago at a staff retreat, in discussions that included Roman Mars, who hosts and produces PRX’s Radio Remix and produces the popular 99% Invisible podcast. This happened in the early days of Mars’ podcast and they were talking about how producers are looking for new audiences outside public radio and broadcast, and what role PRX could play.

The Knight Foundation helped launch Radiotopia with a $200,000 grant. “PRX came to us with this idea,” said Chris Barr, Media Innovation Associate at Knight. They told him, “‘We’d like to create something that makes it easier for independent producers to get shows out into the world faster and cheaper, and reach some sustainability just with digital distribution.’”

Barr said the objective is to see “what can PRX do to leverage their knowledge as an institution to create a network effect? To teach these independent producers fundraising techniques, production techniques, and how to leverage things like events and sponsorships, in order to get their podcasts to a level that they have a large enough listenership to be sustained as a podcast.”

Shapiro said that Radiotopia will function like an “indie label” curating audio content and helping to connect with audiences. “It’s for a mission of informing the public and making sure great stories get out,” Shapiro said. Part of that is helping producers create shows. The other half is testing out and understanding different business models so that these programs are sustainable.

The Knight grant is for a one-year pilot to test the Radiotopia model. Barr said that PRX “has some assumptions about what it takes and how many audience members it takes” for a podcast to become sustainable. “This is about testing those assumptions, proving the model, (and) that this is, in fact, possible.”

Funding the Future of Public Podcasting

Mars found success crowd-funding two seasons of 99% Invisible, so Shapiro said that is certainly one model Radiotopia will explore. “Remapping the donation and pledge model into the podcast world is another avenue,” he said.

They will also look to philanthropic sources of revenue. Taking it a step further, Shapiro said “We may appeal to (philanthropic) funders who have a programmatic interest in educating the public about a topic and connect them with producers who are really good storytellers in that area.”

Radiotopia will likely seek corporate sponsors, but will not allow them to specify topics or dictate programming; there will be no native advertising. How those sponsorships are heard on programs is something the network will test.

“We know that listener loyalty and passion for (podcasts) is paramount because it’s a much more direct connection. So we’re even more listener-sensitive than we would have been before.”

But, he added, “that still leaves a lot of room for experimentation for how sponsors can be involved with the project.”

Harkening again to the independent record label analogy, he said that Radiotopia will have a roster of programs where “there’s an affinity and coherence,” between them. As evidenced in the network’s starting linup, its focus is on “story-driven” programs like Radio Diaries and Fugitive Waves.

Shapiro said this initial roster was chosen because PRX already had a relationship with these producers. “They produce amazing shows,” he said. “They’ve taken a leap of faith and committed to developing a podcast, as opposed to other formats. In a sense, that is committing to being entrepreneurial.”

As Radiotopia develops and is ready to take on new shows, Shapiro said PRX will be looking for individual producers and groups. They want to wait a few months and “get the kinks worked out before we start adding more in.” But, he explained, “we also want to be opportunistic, when and where the right (podcast) comes along.”

Again, like a label, Radiotopia intends to treat these producers like independent artists who “control their own fate, inducing owning their own shows.”

One way they’ll build audiences for programs is through cross-promotion. He compared it to how Marvel comics introduces new superhero characters within existing franchises. The appearance of a new producer on an established podcast, or even having one podcast promote another, “acts an endorsement,” Shapiro said. “We need to make sure everyone feels good about each other. The audiences should appreciate the tip. Two more more podcasts might find a story to work on together.”

Shapiro emphasized that with Radiotopia PRX is experimenting with different models for funding and distribution. He explained that “This is kind of the agile method of program production. The lean start-up methodology for software (development) gets to be applied to content development in an interesting way because you have a rapid feedback loop,” with your audience.

As Radiotopia grows he said “we want to make it sound noticeably different from what you get on the radio, to differentiate it from the news and information sound of core public radio formats. This is an opportunity to test the appetite for that, driven not just by topical interest. This may appeal to a different audience.”

I asked Shapiro why PRX wanted to focus on podcasts that don’t necessarily have a home on the air, and if that represents a tension with the organization’s core mission as a public radio program distributor. “There’s more of a conceptual tension than real tension,” he said. “We’ve been a web and online organization since we first began as an online marketplace. Even though the bulk of our programs are distributed for broadcast, we’re born digital.”

At the same time, “Our overall mission remains the same as an entrepreneurial non-profit,” Shapiro continued. “We have a role to play in pioneering and understanding these new opportunities–even if they include tensions–to share as much knowledge as we can.”