By Paul Riismandel on January 14, 2014 in FCC, Government, Policy 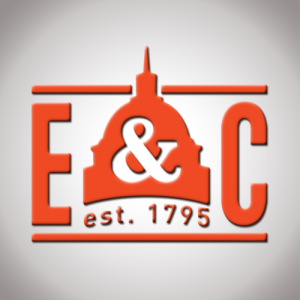 Communications legislation and regulation are moving back to the front burner in Washington as both Congress and the FCC turn up the flames on this policy area that has seen relatively little attention in the last five years. The Republican-controlled House leadership is pushing for a Communications Act rewrite, while FCC Chairman Tom Wheeler is beginning to stake out some positions on the Commission’s role in broadcast and internet.

On Wednesday four former FCC Chairmen, Richard Wiley, Reed Hundt, Michael Powell and Michael Copps, will testify in front of the House Energy and Commerce Committee as chairman Fred Upton (R-MI) and Communications and Technology Subcommittee chairman Greg Walden (R-OR) try to jump start a revision of the laws that govern telecommunications and media. The last major update to the Communications Act was in 1996, and Rep. Upton and Walden have released a white paper outlining a brief history of these revisions along with a set of questions to frame their effort[PDF].

Radio was forever changed by the 1996 Act, which eliminated the national cap on station ownership and greatly loosened local ownership restrictions, paving the way for the likes of Clear Channel and Cumulus to own hundred of stations. However, we can expect that internet and wireless spectrum regimes will be at the forefront for this week’s hearing. One might argue that the damage to broadcast radio is already done and impossible to roll back.

One of the big questions being posed by Upton and Walden is whether or not the current division in regulatory regimes between telecommunications services–like telephones–and information services–like the internet–is justifiable in the current environment. In their whitepaper they note that “Once the law distinguished that ‘information’ services would be largely unregulated while ‘telecommunications’ services would remain highly regulated, information services grew at a rapid pace.” You don’t have to read that statement too closely to see that this question is the tip of an iceberg with a deregulatory trajectory, rather than a warning shot for network neutrality.

Two of the four FCC chairmen scheduled to appear in front of the committee were champions for deregulation, with Copps being the strongest advocate for the public interest during his time at the Commission. Hundt, who served under President Clinton when the 1996 Act was signed into law, became a more outspoken critic of deregulation and industry consolidation in the years after his FCC term.

Even though broadcast radio is unlikely to be a major aspect of a Communications Act rewrite, we shouldn’t expect it to be ignored outright. A forefront issue of great important to radio will be the treatment of wireless spectrum and broadband services. As we see with AT&T’s proposed “sponsored data” plans, the future health of independent and noncommercial online radio services depend the extent to which wireless carriers are permitted to privilege data from certain companies and services.

There are glimmers of light at the FCC for radio fans concerned about additional waves of consolidation. The Commission recently scuttled its December 2011 ownership rules revision that would have further loosened restrictions on the cross-ownership of broadcast stations and newspapers. Chairman Wheeler made it clear this was a deliberate anti-consolidation move in remarks he made to a public town hall meeting last week in Oakland, CA. He also assured the audience that the Commission would examine closely “shell corporations” that large station owners set up to try and skirt local ownership caps.

At another policy address earlier the same day at the Computer History Museum in San Jose, CA, Wheeler also made assurances that “it is essential that the FCC continue to maintain an open Internet and maintain the legal ability to intervene promptly and effectively in the event of aggravated circumstances.”

Wheeler’s fellow commissioners made similar affirmations at the Consumer Electronics Show last week, although they punted on making any specific judgements about AT&T’s “sponsored data” plans. At another CES panel Wheeler said that they to learn more, but should be ready to intervene if the plan turns out to be anti-competitive.