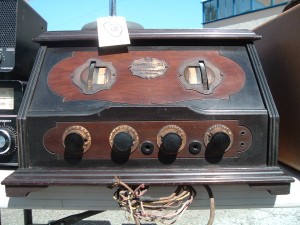 A new appeal to the Federal Communications Commission from Let the Cities In, the outfit that earlier asked the FCC to let groups run ten watt Low Power FM stations (the present standard is 100 watts). Now LTCI wants the Commission to open a second filing window for LPFM applicants. The present (and only) window is scheduled to begin on October 15 and end on October 29.

LTCI had hoped that the FCC would act on its Petition For Reconsideration in time to allow integration of LP10s into the October filing window. However, as LTCI apprised the Commission in our Ex Parte Notice of June 26, 2013, delaying the decision on LP10s past a certain point becomes a “functional denial”. That is: When there is no longer enough time left for potential LP10s to prepare for the October filing window, “Maybe later” becomes, in practice, a “No”.

This is what happened here. There are now only 6 weeks to go before the October filing window begins, but potential LP10 applicants still cannot prepare because they still don’t know whether LP10s will be authorized or not.

In this regard, the FCC has already decided that LP100 applicants needed 9 months to prepare for the October filing window. Most LTCI Members believe that 3 months would have been sufficient, but 9 months was the Commission’s “judgment call”. Surely, then, the Commission can understand why potential LP10 applicants need more than 6 weeks.

Consequently, LTCI has shifted its goal to a SECOND filing window not a more robust October window.

Not everybody thinks that LP10s are such a great idea. Here’s a comment we received from Michi Eyre of REC networks on the question:

But a second filing window might be a good idea under any circumstances. I’m starting to worry that some potential applicants just aren’t going to be ready for this one.

There’s more to the LTCI filing:

Today, LTCI has asked the Justice Department to intervene regarding the FCC’s elimination of LP10 stations and related imposition of an “LP100s only” policy in all locations, including even urban areas where LP100s are too large to “fit” into the local radio spectrum.

Here is LTCI’s explanation of why the group feels that “LP100 only” policy is racially discriminatory. Hat tip to Radio World and Kenya Lewis for this story.

What outside radio and information are available to the people of Syria?
Happy birthday to KAZI-FM in Austin, Texas
Support Radio Survivor on Patreon!