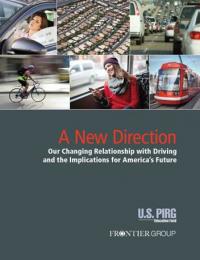 US Pirg has released a new report on commuting patterns that has to be worrying some radio people: we are driving less.

“The Driving Boom is over,” proclaims US Pirg Senior Analyst Phineas Baxandall. “The constant increases we saw in driving up until 2005 show no sign of returning. As more and more Millennials become adults, and their tendency to drive less becomes the norm, the reduction in driving will be even larger.”

“Millennials” means 16 to 34 year olds. They drove “a whopping” 23 percent less miles in 2009 than they did eight years earlier. “In addition, Millennials are more likely to want to live in urban and walkable neighborhoods and are more open to non-driving forms of transportation than the older generation of Americans,” the report notes.

Baby boomers, now retiring in droves, are driving less as well. The study challenges government statistics that suggest that driving rates will continue to grow. If US Pirg is correct, that means, of course, that we will be listening to radio in our cars less. And on top of that, those of us who will still use automobiles may not even be driving. We may find ourselves in self-driving cars, watching TV or reading newspapers along the way.

Here are journalism and media professors Austin E. Grant and Jeffrey S. Wilkinson commenting on that prospect at the recent What is Radio Conference in Oregon:

Interviewer: “I know that where I hear radio the most is when I get in the car I turn it on. That’s almost the only time I will listen to radio. How much do you guys predict that [self-driving cars] will affect radio in the future?”

Wilkinson: “Well, it’s going to affect it a lot, unless the people involved in radio stations and radio production, they have to change.”

That’s good to hear, but it seems like every day the prospects for radio get more complicated. Here is the US Pirg infographic on the report below: 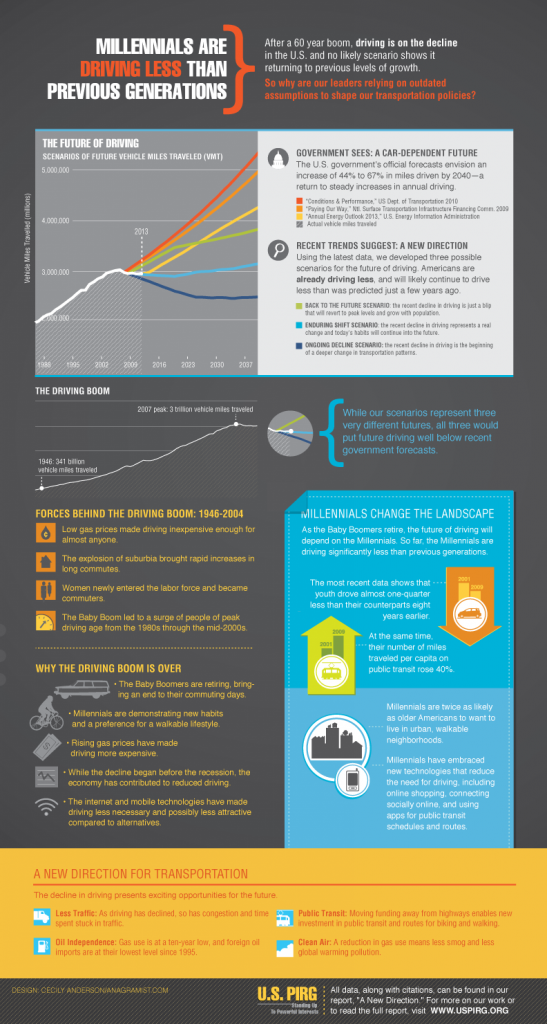 car radio, US Pirg, What is Radio conference in Portland