Community radio pioneer Larry Yurdin has posted a YouTube account of the Alternative Media Conference held at Goddard College in 1970.

“Many of the key players in the early days of non-commercial radio were there,” Yurdin notes, “as well as most of the pioneers of commercial FM rock radio.”

The historic gathering of perhaps as many as 1,700 people took place “less than a year after Woodstock,” Yurdin continues, “and a month and a half after the shootings at Kent State.” In fact, Peter Wolf of the J. Geils Band described the event as an “elite Woodstock.” Yurdin had been involved with free form radio since its inception in 1963, working with Bob Fass at WBAI-FM in New York, and subsequently at KMPX and KSAN in San Francisco. While teaching a course at Goddard on alternative media, he proposed to his students that they run the conference as a class project. 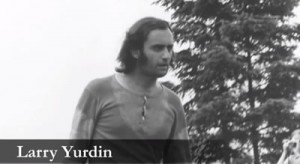 Out went invitations to alternative newspapers, alternative radio stations, underground comics producers, and video innovators to come to the Vermont campus. Interestingly, individuals from institutions that you wouldn’t think of as “alternative” helped with the planning, among them Augie Bloom, National Program Director for RCA records, Billboard magazine columnist Danny Goldberg, and an FM promotions director for Atlantic Records. This sort of pragmatism paid off. Atlantic donated three thousand dollars and three bands to the event: Cactus, the J. Geils Band, and Dr. John. The Hog Farm ran a campsite for the conference.

Goddard chartered a plane from San Francisco “with the understanding,” Yurdin explains, “that all of the people on board would be charged to completely cover the cost.” But a Berkeley student given the task of collecting the fares “told everyone that the flight was free, and refused to accept any money. Goddard ended up paying for the flight.”

The keynote speech was given out of doors by Ram Dass, who also gave a presentation on stress reduction and conflict resolution. Yurdin credits Ram Dass with “helped to bring the many different often clashing progressive agendas into greater harmony.”

“The conference brought together many of the top counter cultural figures in the music, radio, broadcast news, and television industries, most of whom had never met prior to this event. The conference was crucial in establishing business, creative, and personal connections which continue to grow to this day.”

“The meeting brought together a range of alternative radio efforts, turning scattered individual efforts into a free form radio movement. While it was co-opted later in the seventies into progressive rock, then album-oriented rock, then classic rock, the spark that free form ignited helped redefine non-commercial radio and much of today’s web based audio streaming.”