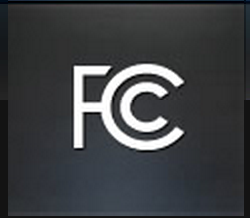 The Federal Communications Commission is asking the public for input on its indecency rules. Last summer the Supreme Court declared the FCC’s sanctions against “fleeting expletives” to be unacceptably vague, largely because the government didn’t give Fox and ABC TV “fair notice” about the relatively new regulations before fining them for various shows.

“Regulated parties should know what is required of them so they may act accordingly; and precision and guidance are necessary so that those enforcing the law do not act in an arbitrary or discriminatory way,” the court ruled. “When speech is involved, rigorous adherence to those requirements is necessary to ensure that ambiguity does not chill protected speech.”

The Commissions’ new Public Notice asks for impact on what to do next. “We now seek comment on whether the full Commission should make changes to its current broadcast indecency policies or maintain them as they are,” it asks. Should the FCC continue to crack down on what basically amounts to potty talk said on the fly, even if the language is only part of a show? Or should the agency adhere to earlier standards, which only punished broadcasters for “deliberate and repetitive use in a patently offensive manner”? The FCC calls this approach an “egregious cases” policy.

It should be noted that the FCC’s call for feedback comes as the agency says it has dropped a lot of its indecency cases:

“Since September 2012, the Bureau has reduced the backlog by 70% thus far, more than one million complaints, principally by closing pending complaints that were beyond the statute of limitations or too stale to pursue, that involved cases outside FCC jurisdiction, that contained insufficient information, or that were foreclosed by settled precedent.”

If you want to make a quick comment with the FCC, use this form and input 13-86 in the first field (“proceeding”). Use this page for longer comments. We hope you’ll also share your views with us in the comment section below, especially if you are a community based radio outlet.