By Paul Riismandel on April 3, 2013 in International, Shortwave

State broadcasters around the world have been cutting back on their shortwave transmissions over the last few years, typically attributing the reductions to a combination of budget challenges and declining listenership. With the start of April and the beginning of the 2nd quarter the Voice of America and BBC just trimmed shortwave broadcasts.

Citing budget cuts brought on by the sequestration, the VOA is curtailing shortwave and medium wave (AM) broadcasts to Albania, Georgia, Iran and Latin America, as well as English language broadcasts to the Middle East and Afghanistan.This cutback will allow the VOA to avoid furloughs of staff members. The VOA says that listeners in these regions will still be able to receive broadcasts by affiliate stations, satellite and online streams. At the same time, radio broadcasts will continue to serve regions with large audiences or that are not easily reached by technologies other than radio.

Also responding to budget cuts, the BBC’s World Service English schedule over shortwave and AM are reduced to a minimum of six hours a day. As part of the change, a new program called The Newsroom will replace World Briefing, and the Outlook program will be extended to an hour-long format. 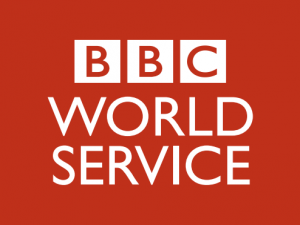 More significantly, the Beeb is ending all Arabic broadcasts over shortwave, which the service estimates will reduce its audience by 800,000 listeners. Arabic language broadcasts will continue over a network of FM stations, a television channel and the BBC Arabic website.

While it is true that an increasing number of global listeners can now listen to internet broadcasts, it is also the case that shortwave broadcasts are much less susceptible to interference by government censorship or utility outages that more easily affect satellite television and internet service. I’m certain that the management of state broadcasters do not take these service reductions lightly, and it is good to see that they continue to prioritize broadcasts to regions that are particularly dependent on radio, whether due to development or political challenges.

Nevertheless, radio fans should be wary of the overall equivocation between broadcast radio and internet that these changes represent. Even as broadband via wi-fi and mobile data becomes more ubiquitous, there still aren’t any hand-cranked cell towers.