By Matthew Lasar on February 21, 2013 in Internet radio

The folks in marketing and research are getting tired of the “Is Pandora radio” debate, it seems. But I still think the question matters. First, here is what they are saying, followed by why I disagree with their premises. 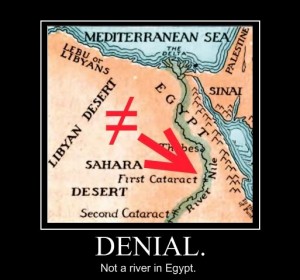 In early January Sean Ross over at Edison Research chided the broadcast industry for “denial” about Spotify and Pandora.

“Radio’s strategy for selling itself as an industry over the past few years hinged on two dubious strategies,” he wrote. “One was reminding investors and advertisers that radio is still widely cumed and just hoping that nobody asks about time spent listening. The other was to enthusiastically assail Pandora, Spotify and other competing forms of audio as ‘not radio’.”

“Had existing broadcasters claimed personalized radio as part of their industry sooner, they could have displayed a robust and expanding product line that increased the usage of programmed audio, even if it did not leave existing radio listening untouched. With a TSL [time spent listening] decrease impossible to hide anymore, the ratcheting down of the anti-Pandora rhetoric seems to acknowledge a late willingness to co-opt other forms of programmed audio.”

Then the Mark Ramsey media blog posted an interview with Mike Agovino of Triton Digital, “the company at the leading edge of audio’s digital transformation and monetization.”

“The notion that Spotify, Pandora or any on-demand service is the ‘enemy’ of ‘radio’ makes no sense,” Agovino explained:

“Did FM prove to be the ‘enemy’ or a ‘friend’ back in the 1960′s? The revenue that has left the broadcast radio industry since 2006 has disproportionately gone to Google and Facebook, not to Spotify and Pandora! I would actually argue that these kinds of services are helping to protect audio’s place in the advertising ecosystem as they give marketers a reason to believe audio will evolve to become more targeted and accountable – this is a critical point.

Obviously, if your definition of “radio” is something that streams audio in some agreed upon format and makes (or could make) somebody money, then Pandora and Spotify are radio and the debate is resolved. Heck, YouTube is radio. And by that standard, my emailing you or posting an .mp3 or .wav file of me singing “Teddy Bear’s Picnic” and including a link to my Paypal account might be radio. As the man said in Citizen Kane, making money is easy if that’s all you want to do.

But if radio is about bringing people together, making our cities and neighborhoods more connected places, exciting us with live and local music, and challenging us with real time information, dialogue, and debate, then sorry, Spotify and Pandora mostly don’t qualify as radio.

How do I define “radio”? Jennifer Waits and I will be attending the “What is Radio” conference in Portland this April. Here is the tentative definition that I will bring to the gathering:

“Radio is the presentation of music, actuality, and talk over standardized streaming audio formats in a real time context.”

What do I mean by “context”? I mean it doesn’t have to be live all the time. But it has to be real time a lot of the time—live enough, real time enough—that you associate everything streaming on your radio station as an immediate experience, as making an effort to communicate with you now.

This is what makes radio “radio”—giving us the experience of moving through time together while hearing the same sounds and sharing our individual interpretations of those sounds with each other. Radio, at its best, at its most human, de-fragments our social experience.

Some online social-networking music sites fulfill this mission, I think, most notably turntable.fm and Jelli. But Pandora and Spotify, for all their virtues, don’t. They’re great individualized services, but I would classify them more as juke box than as radio. To be fair, a lot of what comes out of the Clear Channel automated AM/FM universe isn’t radio either, but that’s no consolation.

Feel free to disagree with my definition and analysis, but christening Pandora and Spotify as radio simply because they represent effective business models end runs bigger and more personal questions about what we want or need from the medium. The question still matters. The debate is still on.