The Federal Communications Commission’s media ownership rules are once again the spotlight of attention. After years of litigation and turmoil, the agency is again considering a deregulatory measure that would make it easier for TV networks to buy newspapers in major markets. The specter of Rupert Murdoch purchasing more newspapers hangs over this proceeding (his News Corporation is quite interested in the question). The Commission almost voted on the matter late last year, it seems.

“The FCC tried to slip this through in the December holiday rush and only agreed to the briefest of delays when public-interest and civil-rights groups raised a public uproar,” charges former FCC Commissioner Michael Copps.

“I asked [FCC Chair Julius] Genachowski to delay a vote by six months and hold public hearings, like his predecessor did, to solicit public input,” complained Senator Bernie Sanders (VT) last week. “He rejected my request.”

A veritable tsunami of comments protesting this measure are pouring into the FCC’s feedback database system (11,043 to be precise). Most of them focus on the newspaper/TV station cross ownership restrictions, some of which the agency wants to relax. But the Commission is also proposing the elimination of its television/radio station cross ownership rule. It caps at six the number of radio stations an entity with two TV stations can own in a major market (or seven if the entity owns only one TV station). 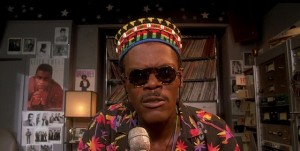 Why does the FCC think this ceiling is unnecessary? Because the agency proposes to hold onto its local radio ownership rule (hated by Clear Channel), which permits an entity to own no more than eight radio stations in any big market.

“Therefore, in the largest markets, absent the current radio/television cross-ownership rule, an entity approaching the limits of the existing cap could acquire only one additional radio station and remain in compliance with the local radio rule,” writes the Commission.

The problem with this, for me, is that that “only one additional radio station” could be my or your favorite, suddenly gobbled up by your not-so-friendly and not-so-local mega-entity, then turned upside down. Here at Radio Survivor we are constantly following the consequences of these moves—at KGO AM in San Francisco for example, where thousands of anguished listeners suddenly discovered their favorite talk deejays discarded following Cumulus Media’s acquisition of the outlet.

The big media companies already have enough flexibility when it comes to merging. Enough radio stations have been bought and sold. Enough listeners have lost their favorite radio friend. Hopefully the FCC will give this question a last minute second look.

You can submit a comment to the Commission on the matter yourself (docket # 09-182; please keep your remarks civil). More worthy thoughts from Michael Copps here.

What might be in store for radio at the 2013 Consumer Electronics Show
How low can you go? Meet Clear Channel’s KPOJ sports
Support Radio Survivor on Patreon!