I’m reading the Mark Ramsey Media blog, which is always good for grand, futuristic proclamations. “We are witnessing the dawn of a new age,” an October 17 post declares: “The rise of radio as a feature.”

“That means ‘radio’ isn’t simply a media category run by media institutions.  It is now a feature of other categories – a feature of brands themselves – brands which are capable of monetizing that feature in the same way traditional broadcasters do – with ads.”

The Ramsey example du jour is Microsoft’s new X-Box music service. But is the idea of radio as a component in something else’s brand really so recent? Sure, the Internet has created new possibilities for radio as one of an array of offerings. But I can think of dozens of older contexts in which the technology hopped a ride onto another gadget’s caboose, or was borrowed to enhance a distinctly different product. 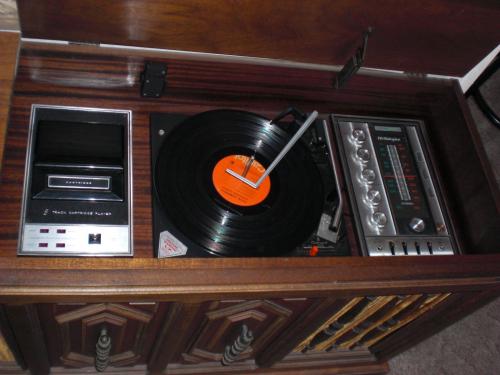 In the late 1950s “Hi-Fi” systems swept the market: stereo record players with AM/FM receivers attached. I still remember when my family got one in the early 1960s. “Wow!” my mom shouted as we tuned into a local station. A big draw for these machines were those nice drop-hooks that let you play five or six platters at a time. But Hi-Fis also created huge new audiences for then struggling FM radio stations. 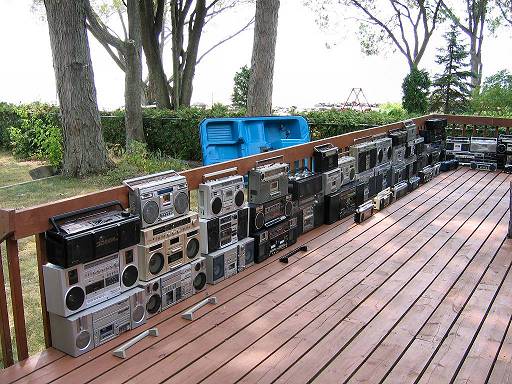 arrived in the 1970s; Walkmans

in the 1980s. Both quickly appropriated radio into their respective universes. They could play AM/FM radio stations and record them as well onto cassettes. Lots of boom boxes added TV tuners and DVD slots. So you got your audio, your radio, and your video—all in one device.

Who invented the clock radio

? I don’t know. The wonderful alarm clock blog hashes out the question nicely. It was either Bulova, GE, Emerson, or somebody else (obviously). Clock radios didn’t really take off until the 1950s with the rise of transistors. But the point is the same: radio became a feature in another device.

Let’s face it: in what other technologies haven’t radios shown up? They’re in showers

, hats, Hello Kitties, and, of course, cars. Radio Survivor readers are invited to offer more examples. There must be dozens.

Bottom line: radio as a feature—what else is new?

WTBU Named Station of the Year at CMJ College Radio Awards
What is “sustainable growth” for Internet radio?
Support Radio Survivor on Patreon!