By Jennifer Waits on June 1, 2011 in Community Radio, Internet radio 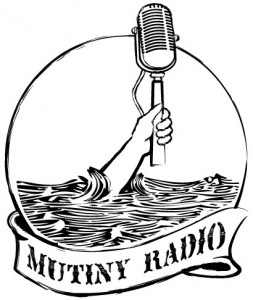 As mentioned in our post yesterday, with this new name they hope to reference their pirate past, but also suggest that they are moving on to a new chapter in the station’s history.

“Today the PCR Collective, the community  of DJs that formed moments after the collapse of Pirate Cat Radio,  announced the launch of a new broadcast home—Mutiny Radio.

Streaming  live from San Francisco’s Mutiny Radio Café, Mutiny Radio features the  same eclectic mix of live music, interviews, DJ performances, news, and  comedy the members of the PCR Collective have been producing for the  past 6 years.”

If you stop by the Mutiny Cafe today, it’s expected that they will be slapping on a new coat of paint to symbolically transition to their new identity.

Boston pirate bust is a lesson in the slow grind of bureaucracy
DAR.fm is TiVo for your radio, about a decade too late
Support Radio Survivor on Patreon!