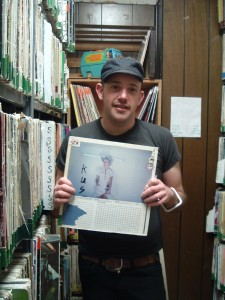 KUSF fans are still reeling after the sudden shut-down of University of San Francisco (USF)’s college radio station on Tuesday, January 18th at 10am. USF announced that it plans to sell KUSF to Classical Public Radio Network. The non-profit Classical Public Radio Network has already begun airing programming from the formerly commercial classical station KDFC on KUSF’s frequency of 90.3 FM and on another soon-to-be-acquired station, KNDL 89.9.

Tomorrow at 12 noon KDFC permanently leaves its commercial home of 102.1 FM, yielding that frequency to a simulcast of commercial rock station KUFX (aka K-FOX 98.5 FM, which is in the process of being purchased by Entercom from Clear Channel spin-off Aloha Station Trust according to an FCC filing dated January 11, 2011). Are you still with me?

Although its website provides little information beyond the 2008 shut-down of its national broadcast network and optimism about its growth online, FCC filings last week indicate that Classical Public Radio Network is 90% owned by University of Southern California (USC) and 10% owned by Classical SF LLC. Public Radio Capital is the sole member of Classical SF LLC (PDF).

As we reported, over 500 people attended a protest and meeting regarding the sale last Wednesday. At the meeting, USF President Father Stephen Privett remained resolute in his decision to sell the station, arguing that it was not serving the students of USF. Ironically, since students had not yet returned to campus, they didn’t have too much opportunity to counter his claims. After hearing criticism about that at the meeting, he agreed to host a similar session with students.

In the meantime, KUSF volunteers have been feverishly working to spread the word about the plight of the station and remain optimistic that something can be done to prevent the sale from happening. The KUSF Facebook page already has more than 5700 fans and media coverage has been extensive. Other independent radio stations from all over the country (including KALX, KZSU, KALW, KPOO, Radio Valencia, WFMU, KDVS, KSSU and KFJC) have been helping out by hosting KUSF DJs and staff members on their airwaves.

Although everyone is still expressing sadness, shock, and anger over the proposed sale, right now the focus is on organizing and action. The Save KUSF website includes specific guidelines on what can be done immediately: from writing letters to the USF Board of Trustees (in order to stop the sale), to signing an online petition, to attending upcoming KUSF events.

On Tuesday, a peaceful rally is planned in front of San Francisco City Hall at 1pm. Following that, people are encouraged to attend the San Francisco Board of Supervisors’ Meeting, in which a resolution is being presented in support of saving KUSF.

In the meantime, USF President Father Privett continues to direct people to send their protests and comments to the FCC, even though there is still no evidence that paperwork for the sale has been officially filed with the FCC.

At last check, paperwork had been submitted for the related proposed sale of KNDL to Classical Public Radio Network. A Public Notice (PDF) on the FCC Media Bureau’s website dated January 21, 2011 provides information that the Application for Assignment of License (PDF) dated January 18, 2011 was accepted for filing regarding the proposed transfer of KNDL 89.9 FM in Angwin and its two translator stations (89.7 FM in Eureka and 92.5 FM in Ukiah-Lakeport) from Howell Mountain Broadcasting Company to Classical Public Radio Network LLC.

KNDL reportedly alerted listeners in advance (as early as January 15) by mail that KNDL would be sold and going dark on Monday, January 17. An Asset Purchase Agreement (PDF) dated January 12 can be found in the FCC database for the $2,725,000 deal. A Public Service Operating Agreement (PDF) related to KNDL dated January 12 states that, “CPRN [Classical Public Radio Network] wishes to broadcast on the Station, prior to the closing of the Purchase Agreement, classical music programming to be provided by CPRN.” Additionally, that agreement states that KNDL will initially be compensated during the term of the agreement $15,700 a month for airing classical programming. If the agreement extends beyond 12 months, they will be paid $20,000 a month for airing classical programming.

Although we have yet to see the purchase agreement for KUSF, one can assume that a similar public service operating agreement was included, which is probably why listeners caught classical music programming from KDFC over the airwaves of KUSF 90.3 as early as last Tuesday.

So, the 30-day comment window regarding the pending sale of KNDL is now officially open for disappointed fans of the religious station, but KUSF may still need to wait a little longer.

Father Privett seems unaware of this, as in an email to me today he stated, “The papers  are complete and ownership was transferred on Tuesday at 10 AM. I believe the  period for comments has begun. We posted contact information for FCC  on line.”

I’m still awaiting a response from Brenda Barnes, Managing Director of Classical Public Radio Network to confirm or deny this statement about the filing.

In the meantime, there’s much that can be learned by combing through the paperwork for the KNDL sale, as presumably similar agreements are in place for the pending KUSF sale.

Is it wise for Sirius/XM to keep betting big on broadcast refugees?
Sirius XM to FCC: let us raise subscription prices after July 28
Support Radio Survivor on Patreon!